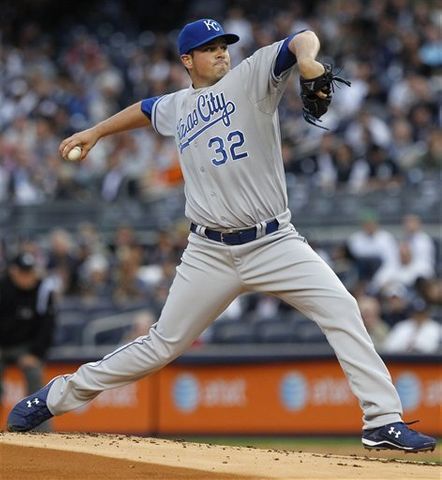 Robinson Cano homered a day after he was hit in the head with a pitch, and Alex Rodriguez homered for the first time in 65 at-bats.

Sean O'Sullivan (2-2) retired his first 13 batters before running into trouble, but pitched into the seventh to give Kansas City its eighth win in 12 games, and knock the Yankees out of first for the first time since April 13th.

New York lost for the sixth time in nine games and slipped a game behind Tampa Bay just as the arch-rival Boston Red Sox prepared to come in town for three games.