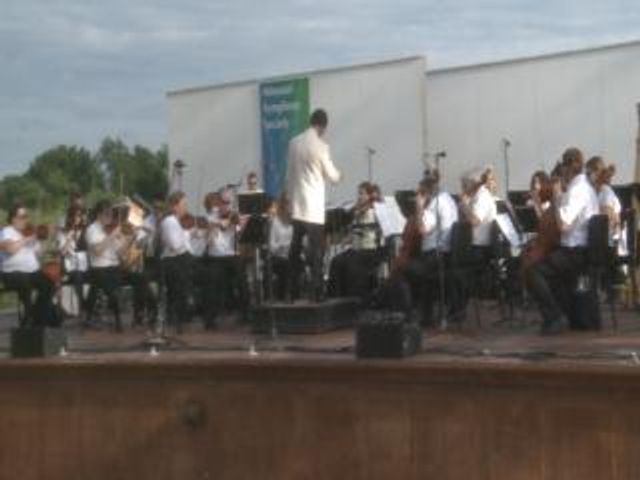 This is the 10th anniversary season of the Hot Summer Nights festival put on by the Missouri Symphony Society. This year's festival is titled "It's In The Stars."

One mother-daughter duo arrived two hours early to make sure they got the same seats as last year.

"They're wonderful." Nancy Rogers said. "I have them all marked on my calendar already."

The Missouri Symphony Orchestra is conducted by Kirk Trevor, an internationally known conductor.

Musicians flew in from all around the world to perform at the music festival for the next six weeks.

The opening event previewed a little bit of everything the community can expect to hear this season.

The festival lasts until July 13. Click here for more information on show times and tickets.