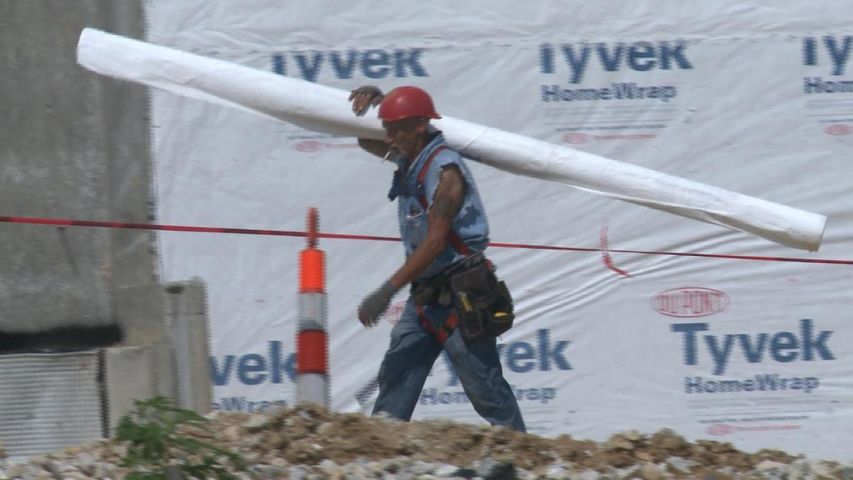 The first call came from a construction site at the intersection of Nifong and Bethel in Columbia. The department said a construction worker passed out from heat exhaustion at around 10 in the morning.  Firefighters said by the time they arrived, the man had woken up, and he refused to be taken to the hospital.

The second call came from MU's South Farm Research Center at Old Millers Road and Highway 63 at around 1:30. The Fire Department said they brought the person to University Hospital for further care.

Stephen Potter, a spokesperson from the fire department, said workers need to give themselves time to acclimate to the increasing heat. He said Missouri has had a pretty mild summer up until this point.   But now that it has gotten hotter, people need to make the adjustment.

"We've had high humidity, high heat," Potter said. "People who are working outside are not really accustomed to the environment because of our springtime weather. We've had a below average summer so far, but that's changed."

Potter said people need to understand that they will not be able to work as hard in extreme heat as they can in nice weather.  He said people should not be afraid to take breaks regularly.

John Simon works for Columbia City Development, and is a former a construction worker. He said in his experience, the "new guys" are often the ones who push themselves too hard in the heat.

"Typically it's the workers who are new on the job, who haven't acclimated," Simon said.  "They try to over do it, and push themselves past the limits.  Your first three or four days on the job, it's a lot easier to push yourself and not be aware, or be scared to stop and take a break."

Simon and Potter both said it is up to the supervisor to watch listen for complaints about early signs of heat-related illness, such as nausea, light-headedness or trembling.

Potter said it is important for people who work outside to make a "work/rest cycle," where they alternate working inside and outside. He said on days where the heat index is above 100, people need to make sure they escape the heat every 20-40 minutes. He said firefighters have to practice these work/rest cycles when they are training in their gear.

Both Simon and Potter say the best way to prevent heat-related illness is to drink plenty of water before work, and to never be afraid to ask for time to rest.