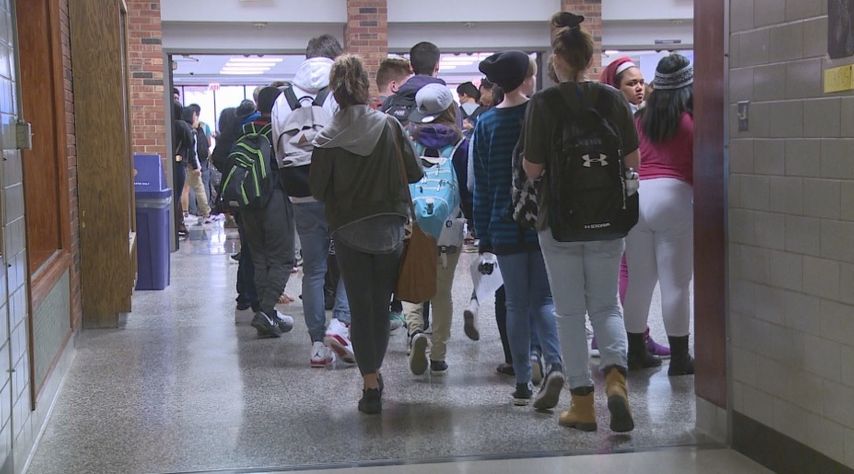 JEFFERSON CITY - A bill that would require school administrators to report statutory rape and terrorist threats was scheduled to go to a vote on Monday.

HB 1792 would change the current law required of public school staff to include reporting these specific offenses.

Under state law, all public school administration staff are expected to turn in reports of offenses such as: murder, assault, rape, sodomy, burglary, distribution of drugs, arson, etc. However, reports of statutory rape and terrorist threats are not included in the current statue.

School districts do have district-level rules that address how to handle situations that involve reporting rapes and terrorist activity.

If the bill passes, it would make reporting these offenses a mandatory requirement for school administrators.

The bill's sponsor, Rep. Jeanie Lauer, (R-Blue Springs) said the overall objective is that all of the current statues in the law are aligned with school policies.

"Since many schools already have policies and we are trying to ensure that there is calibration between the policies that the schools have and that the items that are reported to law enforcement, so there are no gaps," Lauer said.

However, some local public school administrators feel it's not always as easy as it sounds.

"It's going to be very difficult for school administrators to follow a law that makes the assumption that a child knows what they're doing every time they make one of those threats," Rock Bridge High School Principal Jennifer Rukstad said.

Lauer said there is a bigger risk if teachers don't report anything.

"Certainly we want to make sure students are safe and that they are not negatively impacted by anything," Lauer said. "But at the same time we have to make sure there is a balance with our justice system."

The bill passed with a vote of 9-0 out of the Emerging Issues in Education Committee.