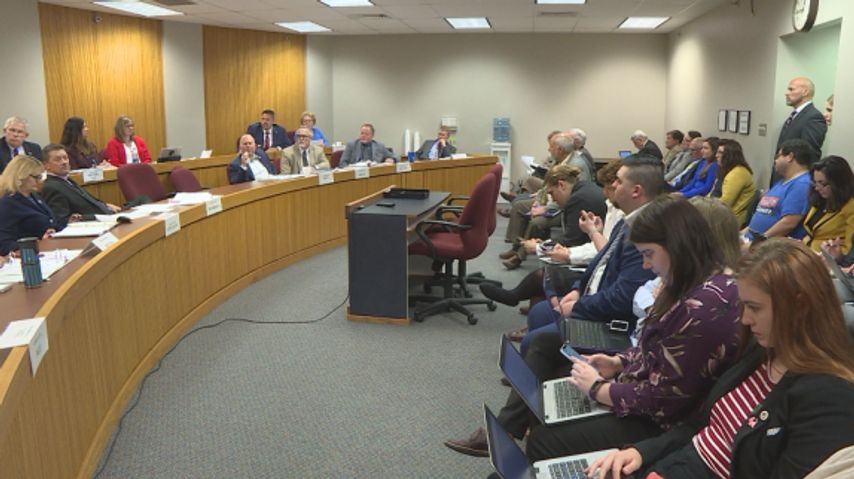 The Insurance Policy committee held a public hearing on Monday for the bills proposed Rep. Jim Neely, R-Cameron, who is a physician.

HB 245 would require insurance companies to cover procedures to preserve eggs and sperm for cancer patients, 18 years or older, who have not started cancer treatment.

However, the bill would allow entities and individuals to exclude themselves from providing such procedures on moral, ethical or religious grounds.

Chemotherapy treatment can damage a woman's eggs and reduce a man's ability to produce sperm, according to the American Cancer Society.

Cancer survivor Rico Dence is the founder of "Team Up Cancer." He has traveled the country to talk to cancer patients and testified in favor of the bill.

He said it would give survivors the chance to have a family.

"They are always being brought up the question, 'so, why don't you have kids?' or 'what happened with kids?'," he said.

He said fertility treatments can be financially out of reach, leaving cancer survivors with the gut-wrenching thought of "I wasn't able to afford a simple procedure that I couldn't have kids of my own."

Neely's other measure, HB 808, focuses on the damage chemotherapy can cause to the teeth of cancer patients.

"Nutrition is very vital for one's health and you need teeth, good teeth and that would help out," he said. "The salivary glands are somewhat damaged or ruined as a result of the chemotherapy radiation."

Brent Butler, with the Missouri Insurance Association, said he supports the bills but asked the committee to consider the potential costs of those proposals.

"If it's a mandate and the state doesn't pay for it, it raises the cost of the policy for everybody," he said.

There were no testimonies against either of the bills.