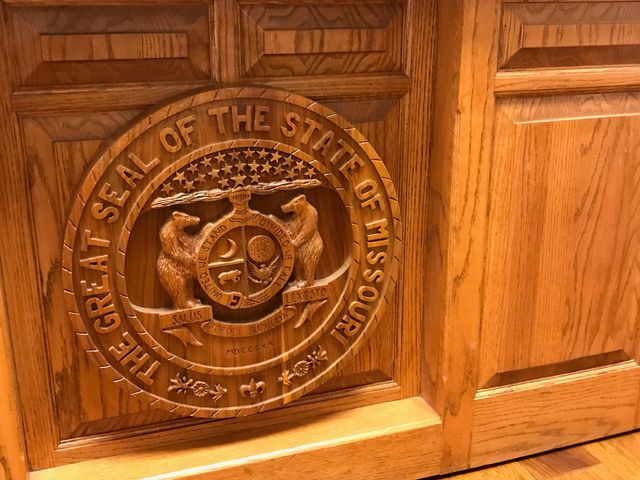 House Budget Chairman Cody Smith, R-Carthage, recommended on Wednesday to put $100 million from the General Revenue Fund towards fixing the transportation infrastructure over the next four years. This isn’t the first time a Republican has offered up a plan to counter Parson’s.

The November ballot issue Proposition D, which would have annually increased the motor fuel tax by two and a half cents per gallon for five years in order “to fund Missouri state law enforcement,” was stopped in its tracks when voters defeated the measure. In response, Parson proposed a $351 million bond issue in January to address bridge infrastructure across Missouri.

The bill to execute that plan, Senate Concurrent Resolution 14, which was sponsored by Pres. Pro. Tem. Dave Schatz, R-Sullivan, would repair 250 bridges across the state already scheduled for repair through the Statewide Transportation Improvement Program (STIP). The bond would be paid back through the General Revenue Fund at a maximum of $30 million per year, to be fully paid off after 15 years.

“When Prop D failed here at the ballot last November, it did not end the problem,” Schatz said. “We’ve got to find a funding mechanism to fix it.”

However, Smith expressed concerns over the Parson/Schatz plan.

“I’m concerned about taking on additional debt,” Smith said. “We spend hundreds of millions of dollars in debt service every year.”

Because Smith’s plan uses money from the General Revenue Fund, it would not increase the state’s debt. However, this leaves less money for other areas that typically receive more funding, such as education.

In a written statement released by the Governor’s Office, Parson said although that the “House budget proposal maintains a number of [Parson’s] priorities,” he would need to continue to discuss with both houses “to reach an end result that moves Missouri forward.”

Sen. Bill Eigel, a Republican representing part of St. Charles County, also put forth a bill that would use 50 percent of the surpluses within the state budget to fund the repairing of roads and bridges in the state. His bill would also fund the MoDOT administration and the highway patrol through the General Revenue Fund, rather than the state highway fund. This would help to free up money in the highway fund to go towards road infrastructure.

Eigel believes that his plan works better than the Parson/Schatz plan because it doesn’t require borrowing any money.

“With record amounts of money coming into the state, there’s no reason to borrow money and what could be $100 million of interest in the governor’s plan when we already have that money coming in the door,” Eigel said.

Regardless, Republican lawmakers are willing to discuss and compromise in order to push for infrastructure.

“That’s kind of the beauty of this process,” Smith said. “If there’s a will of the legislature to prioritize transportation infrastructure, then we can do that.”

Because of the amount of time left in the current year’s session--which ends in May--Republicans are confident that an agreement will be possible.