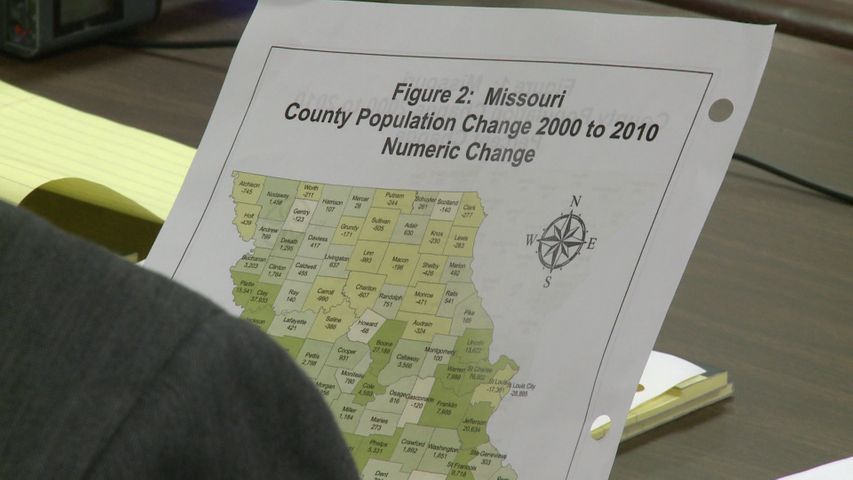 JEFFERSON CITY - A Missouri House of Representatives committee voted 9 to 4 Thursday evening to approve a bill that could throw out the redistricting program approved by 62% of voters in 2018.

It all comes down to the state's redistricting rules. Under Clean Missouri, a non-partisan demographer will draw the district lines. Bipartisan commissions nominated by each of the political parties will have the ability to disapprove of the plans drawn out by the demographer.

Democrats and those behind amendment one’s language believe Republicans are creating an unnecessary risk by taking up a plan the voters already passed when they should be focused on COVID-19.

"It's outrageous, both on the substance and then how they're doing it," Clean Missouri campaign director Sean Soendker Nicholson said. "We are all on a stay-at-home order now, the legislature telling people not to be in the Capitol. And here we've got politicians trying to move forward with a plan to undo what their voters have told them."

Representative Peter Meredith pointed out the empty chairs in the room during a hearing Thursday.

The Republican bill would change the way the lines are drawn. Senate Joint Resolution 38 designates a bipartisan commission, rather than a single demographer, to draw the district map.

Senator Dan Hegeman, R-Cosby, who sponsored the proposal, said many of his constituents didn't realize when they voted for Amendment 1 in 2018, they were voting for more than they initially thought.

"This will just allow us to retain the ethics reform package, as well as take us back to the prior way that we redistrict in the state of Missouri, and that would be where we have a bipartisan commission, that would redraw the districts off of the census," Hegeman said.

Critics of Clean Missouri say they're worried about the new redistricting process leading to gerrymandering. Gerrymandering is when district lines are intentionally drawn to favor one party or group of people.

"I perceive that Clean Missouri will create much more gerrymandered districts than what the process that we had before, and that's part of the reason why I'm bringing forth this resolution," Sen. Hegeman said.

Soendker Nicholson said SJR 38 would make it easier for state lawmakers to get re-elected, and that it is anything but transparent.

"The goal behind the politicians proposal that's moving right now in Jefferson City is to make it so that they're super safe districts and politicians don't have to worry about their voters back home," he said. "They can just do what they want or do what a few special interests want."

Some lawmakers have also called into question State Auditor Nicole Galloway's role in appointing the demographer. They're worried that Galloway's position as a Democrat will influence the demographer to draw a map favoring Democrats.

But Democrats and those behind Amendment One’s language said these statements are unfounded.

SJR 38 still needs to be voted on and approved by the full house before it can appear on the ballot in November.