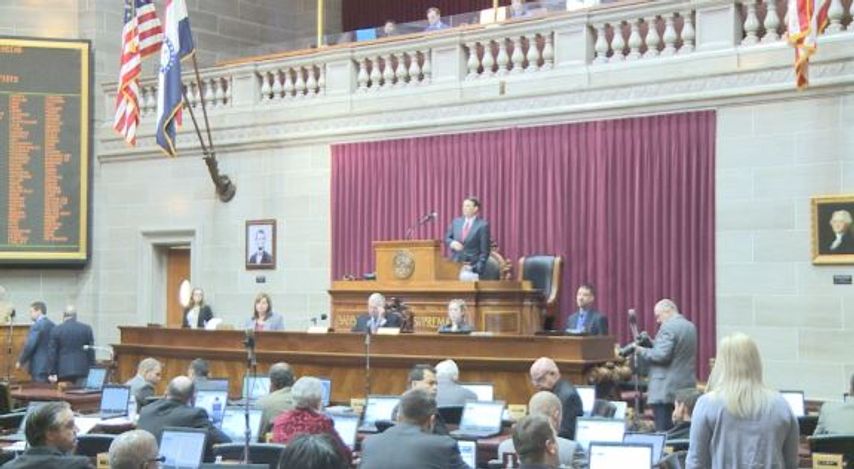 JEFFERSON CITY - A House committee gave approval of two bills concerning voter ID Thursday morning, the first would make voter ID a requirement by law and the second would make the issue decided via constitutional amendment.

Rep. Tony Dugger, R-Hartville, is carrying the bill which would require a constitutional amendment that would go before the voters if the two bodies pass this issue.

"[It] would allow Missouri to require a photo ID in order to vote," Dugger said. "I think that this is the only way that we can uphold the integrity of elections."

Dugger said he thinks there are just too many opportunities in which voter fraud could occur, including voter impersonation, which is very hard to prove.

"I think a voter ID removes all doubt of any of that occurring in our state," Dugger said.

"Let's be clear: There is no issue of voter impersonation in the state of Missouri," Kendrick said. "This is a solution in search of a problem. It's going to, literally, disenfranchise hundreds of thousands of Missourians."

Dugger said that's a typical Democratic stance. However, he said he is taking steps to make sure every voter is covered with an option in case they don't meet the requirement of a photo ID.

Dugger said he has been working on the bill the entire eight years he has been in office. He said it's been very successful in the House. They've had some hangups on the Senate side, but hopes this year they can reconcile.

He said the bill would be voted on in November and would not apply until the 2018 election. He said the long term benefit would be it upholds the integrity of elections in the future.

Kendrick said people's voting rights are under attack when voter ID is pushed.

"It will effect, typically, individuals who are lower socio-economic status, maybe have a disability, members of the community," Kendrick said. "Also, important in Columbia, it will effect thousands of students who are in Columbia from out of state and who have an out-of-state ID will not be recognized for when they go to vote."

Kendrick said he and the other Democrats will continue to speak out against this bill.

"The Republicans have the super majority here in the House and Senate. They'll move it out of the House," Kendrick said. "I don't have any doubt about that. We'll speak out against it. We'll vote against it. We will continue to do as much as we can to educate the public on why a voter identification bill is not necessary and why it will hurt hundreds of thousands of Missourians."

Dugger said he was very happy the committee acted on the issue of voter ID and he hopes for a floor debate next week.