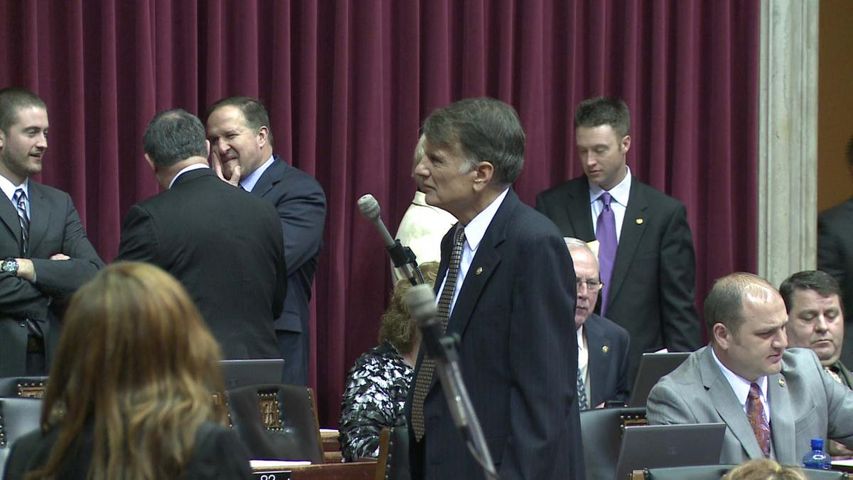 JEFFERSON CITY - Tempers flared Wednesday in the Missouri House of Representatives as that chamber considered a voter-identification bill.

The bill would require voters to present some form of official photo ID to election officials when they go to vote, such as a valid Missouri driver's license or military ID. The bill allows any form of ID to work as long as it was issued by the United States or Missouri and includes the person's name and picture.

During debate on Wednesday morning, bill sponsor Rep. Tony Dugger, R-Hartville, said it was too easy to falsify one's identity using a utility bill or other such document. Co-sponsor Rep. Stanley Cox, R-Sedalia, said a voter ID measure would protect the state from people trying to cheat the system. Both men said Missouri has a history of voter fraud, adding this continues to be a problem.

House Democrats called the bill an effort to deprive voters of their rights and repeatedly demanded concrete examples of voter fraud. During a debate over an amendment that would exempt anyone over 65 from the law, Minority Leader Jacob Hummel, D-St. Louis, asked Dugger if he thought such people were more important that the people who would be disenfranchised by the bill. Rep. Michael Butler, D-St. Louis, asked if the government was trying to protect itself from the people and said if voter fraud did exist, it was a government problem and not an issue with voters.

The bill would become law if Missouri voters approve a constitutional amendment, also currently in the house, allowing the state to require identification. The election for this amendment would take place in November 2014.

The house took a break a little after 11:30 a.m. and will continue debating the bill when it reassembles at 4 this afternoon.