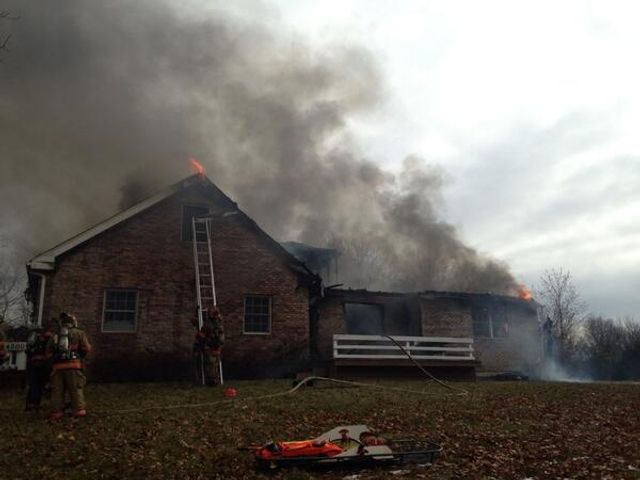 BOONE COUNTY - Boone County firefighters and University Ambulance responded to a call of a house fire around 10:30 Thursday morning.

"Firefighters tried to make a quick attack on the fire shortly before entering the structure but the roof did collapse which hindered their progress inside the structure," said Capt. Josh Creamer of Boone County Fire Protection District.

A total of ten fire trucks and 31 personnel from Boone County Fire and University Hospital responded to the scene.

Capt. Creamer confirmed the homeowner was home at the time of the fire but there were no injuries.

"There was extensive damage caused by the fire. Our crews have worked our best to try and salvage any of the remaining belongings to protect them from further damage," said Creamer.

Firefighers believe a heat lamp in the dog house on the front porch caused the fire. Crews said the damages from the fire will cost an estimated $250,000.

The homeowner is staying with family in the area.