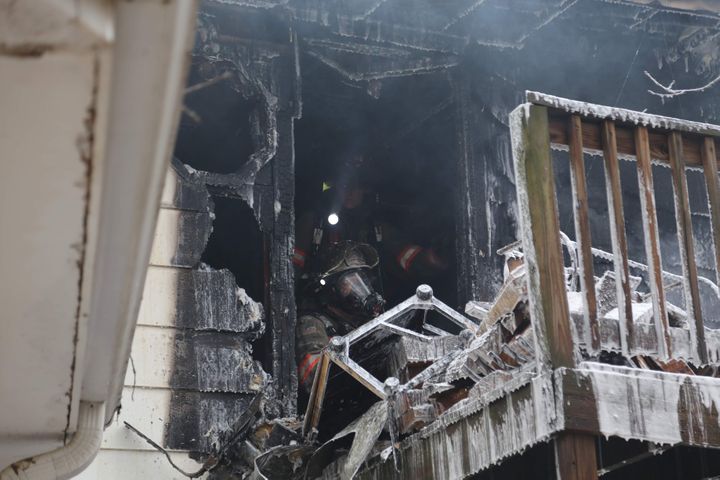 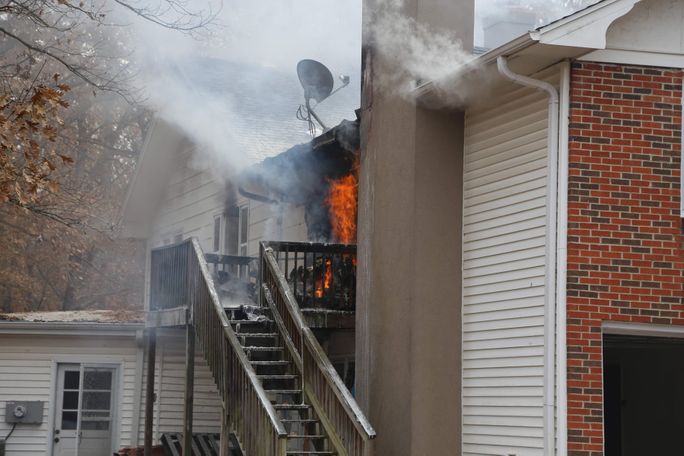 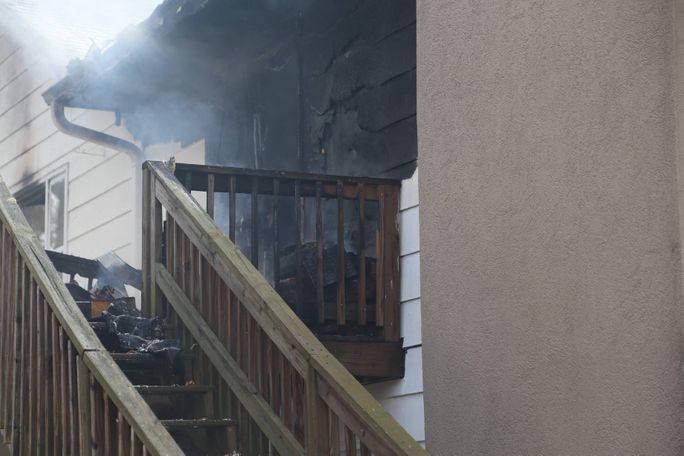 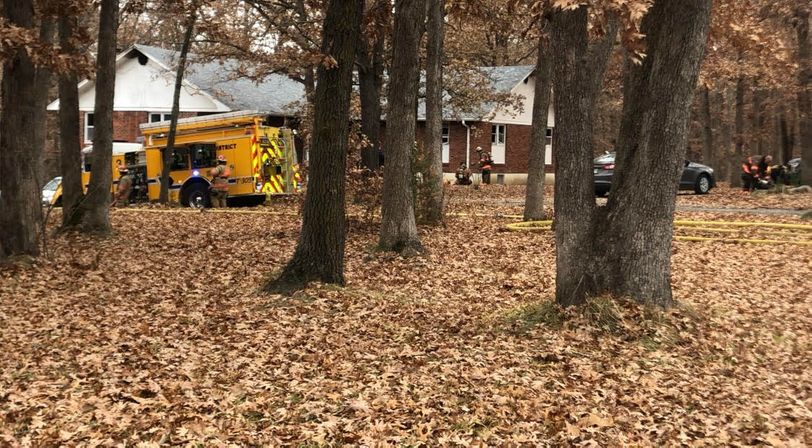 HALLSVILLE - More than five units of the Boone County Fire Protection District responded to a house fire on Mt. Zion Church Dr. at about 10:15 a.m. on Monday.

Captain Martina Pounds said the fire started on the first floor on the back side of the house in the area of the deck.

Ryan Grindstaff said he was in the house when his dog started barking to be let outside.

"I let her outside and when I stepped outside I smelled smoke," he said. "I walked around the house. That's where I saw the the flames and immediately called 911."

Grindstaff said he is living with his sister-in-law, nieces and nephews in the house.

"I ran upstairs to make sure that they weren't in the house," he said. "They do have some pets, so I grabbed the cats and the dog and ran outside."

Grindstaff said it is a tragedy for the family.

"My heart really goes out to my sister and my nieces and nephews," he said.

Grindstaff said he doesn't know what the damage will be, but family and friends have already reached out to him and his sister-in-law to offer a place to stay.

"Everyone was able to get out of the house," he said. "I mean, that's all you can really ask for, stuff can be replaced."

The cause of the fire is under investigation.