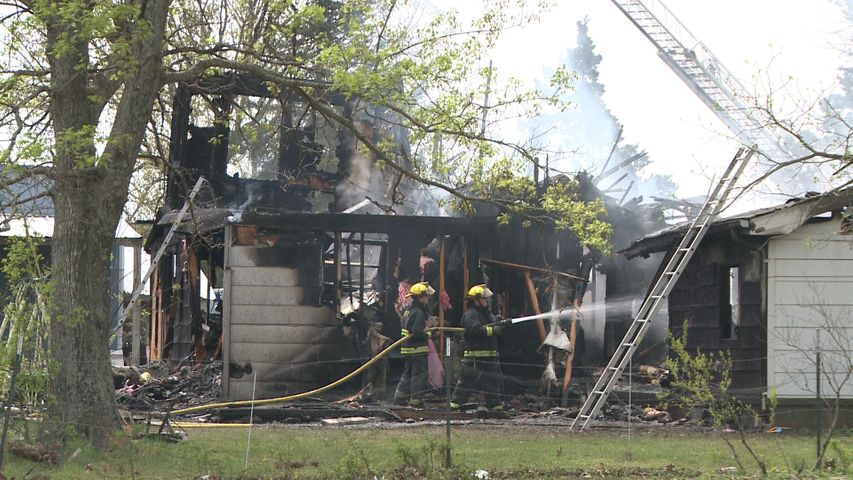 ROLLA - A house fire in Rolla, Missouri this morning left three people dead, an adult woman, an infant and a second child. The fire has now been completely extinguished, and now investigators are searching for the cause of the fire. Four people went to the hospital and were treated for smoke inhilation.

Firefighters on the scene say when they arrived, they saw people inside the home, but couldn't get to them. Authorities say the homeowner cared for children with disabilities. The ages and identities of the victims have not been released.

The fire erupted around 8 am with multiple 911 calls coming in at approximately 8:21 am. Phelps County Deputies were the first on the scene and found that several people were still inside, but were unable to enter due to the heavy smoke and fire. Firefighters from the Rural Rolla and Doolitle Fire Departments arrived a few minutes later at 8:33 to find the house completely engulfed in flames. Upon arriving fire officials determined it was unsafe for emergency personnel to enter the house.

"At the time of arrival it was determined that it was going to be a defensive attack and there was nothing we were going to be able to do to make entry into the structure," Rural Rolla Deputy Fire Chief Eric Nyland said.

Four people went to the hospital to receive treatment for smoke inhilation including Darleen Light, the homeowner.

"I knew Darleen [Light] and we had met some of the kids," Richard Miller, who built the home and lived in it for almost 30 years said. "Naturally you feel sad the house you built, raised your kids in and lived in for so long is destroyed, but most of all you feel for the family. They were good people and it's just so sad."

The home continued burning for several hours and fire officials couldn't enter the house until approximately 11:30 am. When they did get in the house firefighters began searching for the three missing persons. Two of the bodies, the body of the adult woman and the infant were found and brought out of the house within the first hour of searching. The search for the third victim took several more hours.

"Due to the large amount of debris, all the water poured on the structure and the danger of part of the home collapsing, the search for the third victim took longer," said Sheriff Richard Lisenbe.

All three victims were taken to the county coroner's office for a preliminary autopsy and their identities have not yet been released.