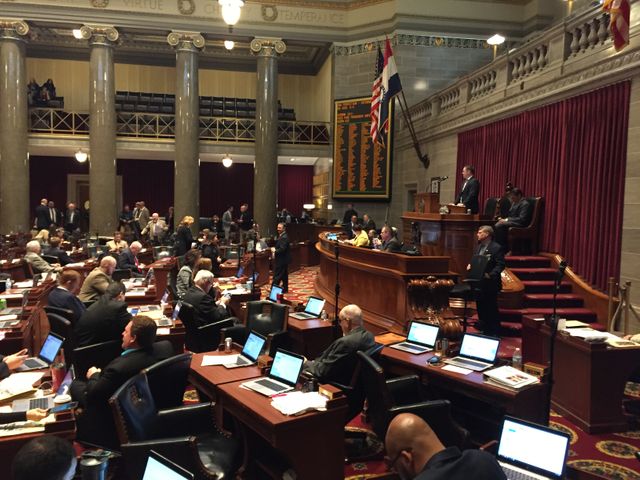 JEFFERSON CITY - A unanimous vote by the Missouri House of Representatives sets the stage for a committee investigation into blackmail allegations against Gov. Eric Greitens.

The resolution for the committee outlined the rules it would abide by.

It will have 40 days to complete its investigation and present its findings to the House, but extensions are allowed if necessary.

The resolution also lets the committee have subpoena power for witnesses and documents related to the scandal.

Greitens is accused of taking a nude photo of a woman he was having an affair with and then threatening to expose her if she went public. He is facing felony charges of invasion of privacy.

The House committee is allowed to hire its own private investigators, lawyers and court reporters and money for it will come from the House contingent fund.

Committee meetings will be open to the public, however, Barnes said he will close all hearings for witness testimony and evidence.

“I think the best way to get accurate information is to close those hearings, so that other potential witnesses don't know what other witnesses said,” he said.

Barnes said questions about the impeachment process are premature.

“There is no need to go there right now because we are not anywhere close to that point. We are at the point where we are going to investigate facts for ourselves and bring those facts before this body to make a determination on what to do next,” Barnes said.

Barnes said the committee has nothing to do with impeachment.

“The task of this committee is to conduct a fair thorough and timely investigation and to do so without nay preordained results,” he said.

Greiten's attorney said last week that he welcomes the investigation.