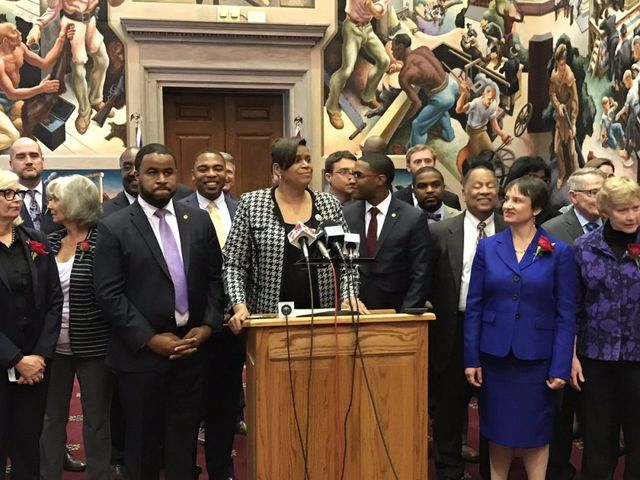 JEFFERSON CITY - Wednesday marked the opening day of the 2017 legislative session. With a Republican governor and a majority in both the House and Senate, the Republican House Majority appeared optimistic about the session ahead.

Members of the Missouri House addressed the media after the first session.

Speaker of the House Todd Richardson shared a message of optimism from the Republicans.

"As a caucus we have a laid out an aggressive agenda," Richardson said. "You're going to see a lot of common ground between where the senate is, and where, the house is, and the governor."

The House Democrats also addressed the media Wednesday. Representative Kip Kendrick (D-Columbia) shared a message of "cautious optimism," saying he hopes the governor-elect will make good on his promise to fight government corruption.

Kendrick said the Democrats have taken Greitens' "seven campaign promises" and filed them as their own party's platform.

"We're going to deliver the votes to make sure we can get comprehensive anti-corruption reform this year," Kendrick said. "There is a clear mandate from the people of Missouri that we end business as usual."

House Minority Leader Gail McCann Beatty said another key objective of the Democrats will be combating the "Right to Work" legislation.

Beatty said if Right to Work advances, House Democrats will try to make sure the measure goes on the statewide ballot for voter approval.

Now that the 2017 legislative session has begun, the stage is set for the inauguration of Missouri's new governor on January 9.