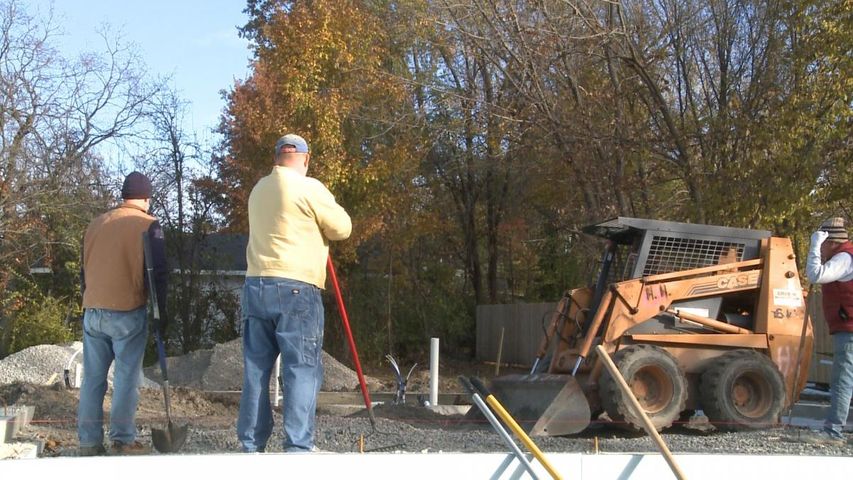 COLUMBIA - Habitat for Humanity and Peoples' Visioning are working together to create a one-of-a-kind house in Columbia--a net zero house. The designation means the house will create about as much energy as it uses, leaving the homeowner with an energy bill that averages $0. The executive director of Columbia's Habitat for Humanity, Bill View, said that months back, the city asked for an organization to build a low-energy use house.

"We weren't sure if we were going to participate in the project because they wanted us to have an architectural drawing, and I wasn't sure I wanted to spend the funds on an architect," View said.

Peoples' Visioning then stepped up to help Habitat out. Director Monta Welch called View and told him she knew of an architect who would donate their time. From that point, the two organizations decided to collaborate on the project.

To accomplish a net zero home, there are a couple of necessary features.

Although just one family will get the opportunity to inhabit the three bedroom, innovative home, there are other ways for families who don't live in net zero homes to lower their bills.

Welch said Peoples' Visioning is working with the city to come up with a plan to bring community solar panels to Columbia. Those panels would allow groups of homes to connect to the cells for solar power to supplement purchased power. The plan is part of the "Renewable Energy for All Plan." Houses that are up to energy efficiency standards would be eligible to pull energy off the panels.

"This is a super education opportunity," Welch said. "This is definitely the home of the future."