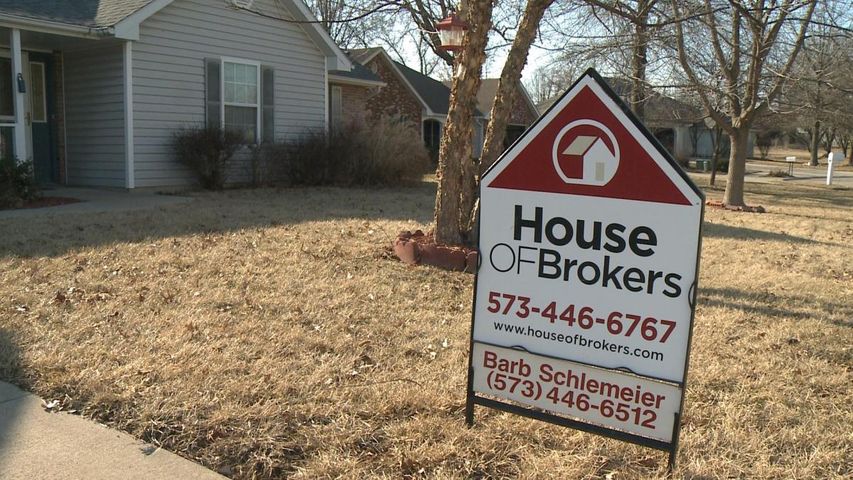 COLUMBIA - The Missouri real estate market is predicted to be promising in 2014. Realtors told KOMU their latest data showed homes are selling quicker and at higher value than in the past five years.

Similar to overall improvements in the state's housing market, the Columbia market also saw an upturn. Home values increased, and it did not take long for realtors to find buyers to purchase homes. In 2010, it took a realtor, on average, 80 days to sell a home, but in 2013 it was only 64 days.

Becky Sterling, President of the Columbia Board of Realtors, said she remembers when lending became more difficult about three years ago. Before then people were able to get loans with less strict credit history checks. Buyers now need to put more money down and that slowed first time buyers. Credit scores were also set at a higher level which lead to many buyers saving up. Sterling said the Columbia market is now starting to see the benefits, with buyers having saved up to purchase homes.

The success of Columbia's real estate market also stems from the growth of the local economy.

"Columbia is just a very attractive spot. The schools are good. We have a great park system. We're beginning to get a lot of retirees in because we have such good medical facilities, and every time somebody comes in you benefit the economy," said Sterling.

Columbia is ranked 20th for the 'Best Small Places for Business and Careers' and ranked 17th in 'Job Growth' by Forbes. Realtors said job growth and real estate market are closely related.

"It really was fueled by job growth and economic factors, like consumer confidence. When people feel good about the economy and going forward, when their job is good, when they have good prospects, when they have to move to take new jobs that fuels home buying," said Russ Cofano, CEO of the Missouri Association of REALTORS.

All of the realtors KOMU-8 News spoke with said they believed the 2014 market is doing just as well and expect numbers to be the same as 2013, if not better.

"The values are coming back up on homes, and we are not going to have another dip for awhile, so I just think it's a great time for real estate," said Sterling.

Realtors encourage buyers and sellers to take advantage of the current market.

If you are looking to buy or sell a house in the Columbia area, openhousesthisweekend.com is a website for buyers and sellers to check on local residential listings and prices.