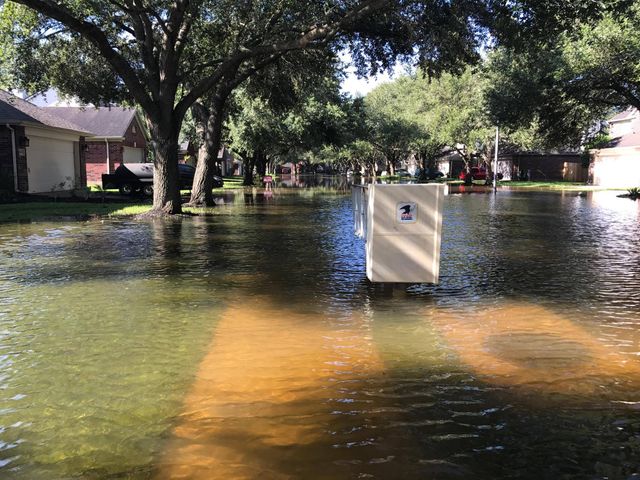 The now tropical storm has flooded thousands of homes, including many in Hopkins and Cook's neighborhood.

Missouri City is in the southwest suburbs of Houston close to the gulf, and about a 30 minute drive from downtown.

"We decided to evacuate because of the pending hurricane and decided to make the 13-hour trek to Columbia from Missouri City with our two dogs. We knew we had a lot of good friends and good place to stay and Columbia has always been a welcoming place," Hopkins said.

The couple does not yet know the extent of damage to their home, but have spoken to neighbors who did not evacuate.

"The last update we had was the water in the middle of the street was waist high. We don't think it's a good idea to wade into the neighborhood or let the dogs swim," Hopkins said.

"We had people from our church family send us videos and photos. There is one gentleman in our neighborhood who didn't leave the storm, so we are worried about him. But, we are thankful he was there because he was able to wade over to our house to see if there was damage," Cook said.

Hopkins and Cook are both Mizzou alums. Cook currently works for the University of Missouri as a regional admissions representative in Houston.

They took just a few days worth of clothes expecting the storm would just bring some heavy rain, but Cook said the worst possible outcome occurred.

Hopkins said they do not know what to expect when they get home. Missouri City is still under mandatory evacuation and there is also a mandatory curfew at 10 p.m.

"We are hoping for the best," he said. "We will be in close contact with our neighbors that did stay so we can get into our neighborhood."

The couple plans to make the drive back on Monday, but said they do not know if they will be able to access their home right away with the heavy flooding in the streets.

The governor of Texas said more than 440,000 people have registered for FEMA aid and at least 40 people have died.