How Fulton Takes Out the Trash 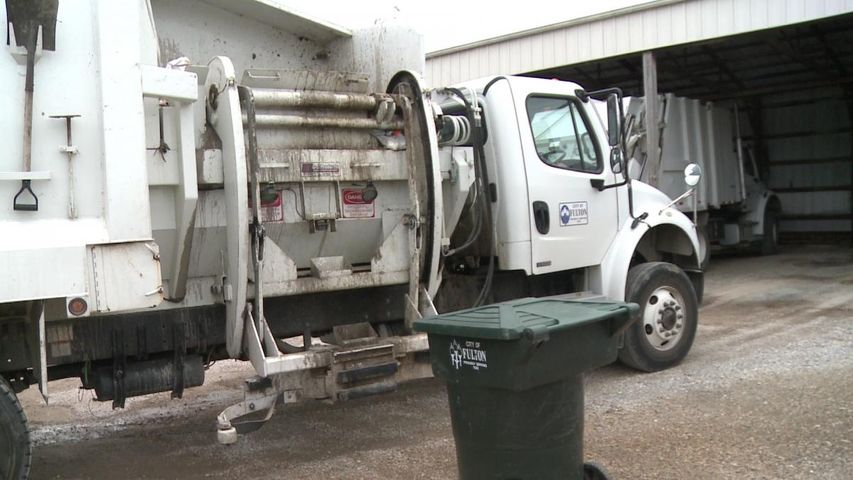 FULTON - While Columbia debates whether or not to adopt a new automated side-loading garbage truck system for residential trash pickup, Fulton has been enjoying the same system since 1995.

Fulton Solid Waste Manager J.C. Miller said that while the system wasn't completely welcomed by residents at first, it is now accepted by garbage workers and residents alike. Miller also attributes this to the system's efficiency and minimization of labor.

"I believe the majority loves it. Before, we had to pick up trash with a rear-loader; it was two guys on a truck. They'd get out of the truck, load everything in by hand. With the automated system, one operator drives it down the road, the arm comes out and grabs the container [and] dumps it. No matter if it's snowing, raining, hailing, whatever. You never have to get out and get wet or anything and it has cut down on [worker's compensation] claims", said Miller.

Sandy Greene, a Fulton resident for 43 years, said that she enjoys the automated system because she was concerned for the garbage workers' health during the days of the manual system.  "I think it's maybe not quite as efficient on time, but it saves people in the labor department as far as injuries and stuff. Those trash cans can get pretty heavy. I mean back [and] arm injuries when they have to pick it up and load it manually. It just wasn't a good system", Greene said.

But Fulton is once again preparing to upgrade its trash collecting system, this time for commercial pickup. To do this, Miller said it is adopting new front-loading trucks into the fleet. "From the time we started our residential automated system, the next step for the city to be completely automated was to go with the front-loading on the commercial side. Once we get this done, the city for the most part will be completely automated on its trash service", Miller said.

The move from the manual system to the automated system has not resulted in any layoffs, according to Miller. The employees have simply been reassigned to different areas in the Solid Waste Department. Greene hopes this will be the case with the shift to the front-loading system. "I think it's good, as long as it doesn't put anybody out a job", said Greene.

Miller says that the complete Fulton trash truck fleet will be comprised of two front-loaders, two side-loaders and and a few rear-loaders for special pickup.