How the flood of 1993 prepared Jefferson City for today 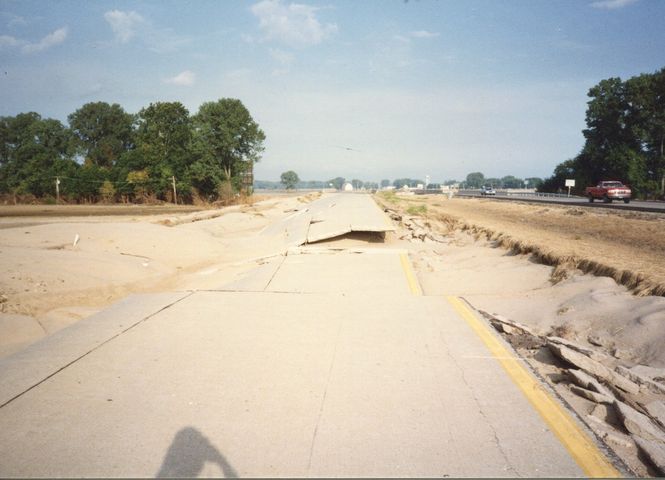 JEFFERSON CITY – Floodwaters reached levels near what they were at during the historic flood of 1993, but the impact was lessened thanks to lessons learned 26 years ago.

Jefferson City Mayor Carrie Tergin was there in 1993. A senior in college, the flood stuck with her.

“That was big…it was something we all remember,” Tergin said. “It’s definitely something you never forget.”

Now she is mayor of the city, dealing with two natural disasters at once.

“It’s been a major challenge, but I think something that we’ve learned is it is something that we can get through,” Tergin said. “Before, we knew the flood was the biggest challenge…then we had the tornado and we realized pretty quick, when these things happen you just have to work through it.”

The flood of 1993 destroyed roads, homes and land. After the water receded, the city knew it had to change some things to minimize the damage the next time the water got that high.

According to MoDOT district maintenance engineer Jason Shafer, the big change was to Highway 63.

“The southbound lanes of 63 were substantially lower at that point in time and there was significant water damage,” Shafer said. “They were raised some amount, so the water is going to have to be higher before it affects that section of roadway simply because the lanes are higher than what they were in ’93.”

Britt Smith, Jefferson City Public Works Operations Division Director, said the city made some changes after 1993 as well through a large buyout program where the city bought flood-prone properties.

“Now we have ballfields and things like that [there], and it’s unfortunate whenever they flood, but life is not at risk and major property is not at risk.”

Tergin pointed out how the addition of Lafayette Interchange has made a big difference in getting around during flood times.

“It’s opened up a whole corridor to bypass some of the congested areas,” Tergin said.

Now, the city is looking at what is next.

“We’re also looking at what else can we do? Maybe there’s something we can do with raising some roads a little bit on the south side of the river to make it more flood resilient," Smith said.

“It is something we know being a town on the river…we do our best to prepare. It’s evident that since ’93 we’ve learned a lot and we’ve done our best,” Tergin said. “It’s going to take a lot to rebuild and we’ll learn from this one as we did from ’93.”