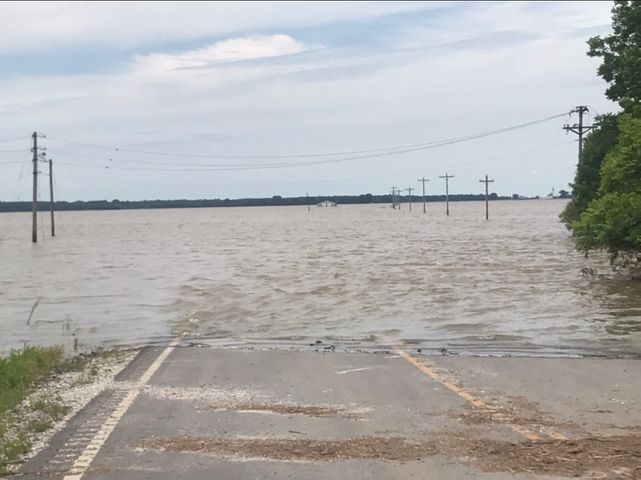 NEW FRANKLIN - Access from Boonville to New Franklin has been cut off due to high waters on the roads. Residents in Howard County said they had relief for a day of open roads but rising water keeps beating the towns.

Roads in Franklin and New Franklin were re-closed on Tuesday.

The Howard County Sheriffs Department confirmed there was a water rescue Tuesday night after a car drove into the flooded waters along Highway 40.

Steve Somerfield, a resident, is waiting out the closure because he moved here just two years ago and these are the first floods like this he's experienced.

"I'm not knowledgeable about the back roads so this road here being closed is a pretty vital lifeline to me and the rest of the residents" he said.

Somerfield lives along Highway 5 that is closed due to rushing water over the road.

"In order to get groceries its usually a five minute drive. Now its 35 minutes" said Somerfield.

Another resident spent the morning looking for a ride for him and his dogs to Columbia, in fear of being unable to leave the next few days.

While another asked around for options to get to Boonville to pick up a prescription.

The New Franklin police chief said it might be until this weekend for water to recede enough to open the roads.

MODOT has a list of continued road closures for their central district. This includes closures in Boone, Callaway, Cole, Cooper, Gasconade, Howard, Moniteau and Osage counties.