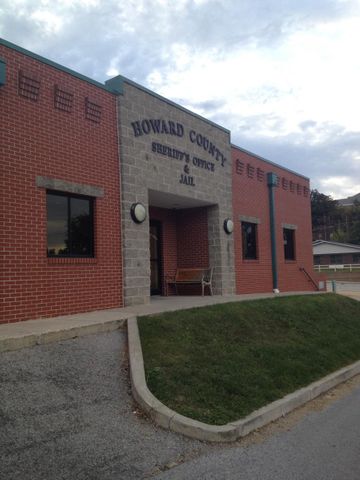 FAYETTE - A man accidentally released by the Howard County Jail is behind bars again Tuesday.

The inmate, Eric McKinney, is an unregistered sex offender. Law enforcement found McKinney Tuesday in Cole County, Oklahoma and he is currently behind bars there.

A Howard County resident said the idea of a sex offender being on the loose made her worried.

"Well, it worries because I've got two boys I'm raising, and you never know how things go with the kids nowadays," Donna Wells said. "You know, if they're here in school and someone tries to pick them up or something, it's pretty scary sometimes."

The Howard County Sheriff Mike Neal said the mistake happened when the jailer did not check if McKinney had any outstanding warrants for his arrest.

"It's scary to know that our kids aren't safe anymore," Wells said. "I remember when I was a kid, you could walk all over town. "

McKinney was serving a six-month sentence after he pleaded guilty September 17 to sexual misconduct.

It is still not known whether he'll be brought back to Howard County to serve the remaining time on his sentence.