Hudson's Grand Slam Lifts No. 12 Missouri Over No. 18 Baylor 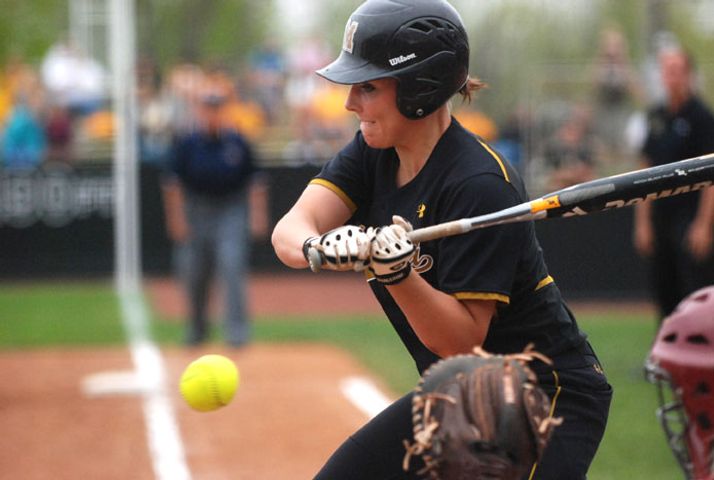 COLUMBIA -- Despite being no-hit through four innings, Missouri improved to 27-5 on the year and 6-2 in the Big 12 on Nicole Hudson's sixth inning grand slam, giving the Tigers a 4-2 win over the No. 18 Baylor Bears. The homer was the team's second grand slam in as many games, and gives the Tigers a chance to pull off a three-game sweep with a win on Sunday.

Neither team recorded a hit until the top of the third, when Baylor's Clare Hosack led off with a bunt single. With two outs, Kathy Shelton roped a base hit to move Hosack up to third base, but Kristin Nottelmann struck out Megan Turk to end the inning.

Through four innings, the Tigers only mustered three base runners, as Hudson and Jenna Marston had taken three walks between them. The Bears would go ahead in the fifth inning on a pinch-hit two-run homer by Shelbi Redfearn, her first homer of the season.

The Tiger rally finally came in the sixth inning, with Ashtin Stephens leading off the frame by slapping a liner into left and stealing second base. One out later, Marston drew her third walk of the game, and Ashley Fleming was hit by pitch for the third time this weekend to load the bases. On the second pitch she saw, Hudson delivered her second homer in as many days, sending a rocket over the wall in right.

Chelsea Thomas came in to shut things down, picking up her second save of the season. With two outs, Redfearn singled to center and Shelton drew a walk, but Thomas got Turk down on strikes to end the game. Freshman Bailey Erwin picked up the win, throwing 0.2 innings in relief while allowing only one hit. Nottelmann threw 5.1 solid innings and gave up the two runs on four hits while striking out four.

On Sunday, the Tigers will go for their second three-game sweep of the conference season, as action gets underway at Noon CT from University Field.