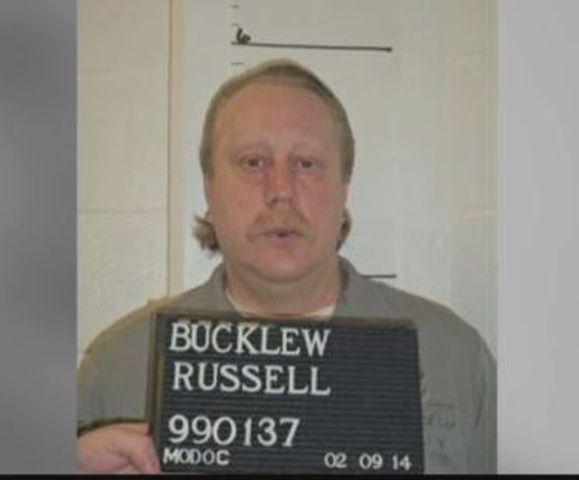 JEFFERSON CITY- Members of Mid-Missouri Fellowship of Reconciliation and Missourians for Alternatives to the Death Penalty (MADP) hosted vigils for life Tuesday afternoon for a Missouri inmate set to be executed Tuesday evening.

Bucklew was moments away from being executed by lethal injection in May 2014, but the U.S. Supreme Court stopped it due to concerns with Bucklew's medical condition.

He suffers from cavernous hemangioma, a rare vascular disease that causes malformed blood vessels and internal blood-filled tumors. Some are concerned this could make for a very gruesome execution.

Jeff Stack, coordinator of Mid-Missouri Fellowship of Reconciliation, said he thinks some type of reformative measure could help the victims of Bucklew's crimes and Bucklew as well.

Barbara Ross, also a member of Mid-Missouri Fellowship of Reconciliation, said inflicting the death penalty just shows how corrupt the judicial and prison systems are in Missouri.

"Should the structure be changed? That's even more important because other people are going to be caught up in this system. This corrupt and broken system," Ross said. "Most of the world doesn't execute people anymore because they recognize the immorality of it, and the impracticality of it. It doesn't deter crime or anything."

We also spoke with Paul Litton , Associate Dean of Faculty Research at MU School of Law, who said those who break the law have to deal with the consequences.

“In Missouri the only way to be eligible for the death penalty is if the state proves that you've committed first degree murder and also proves an aggravating factor. A factor that makes your murder worse according to criteria set forth by the legislature."

He also said the death penalty is not very common anymore despite opposing views.

"The rate at which the death penalty is being used in the country has steadily been  on the decline for many years. A number of years ago there were 38 states that had the death penalty, now its down to about 31 states. States have gotten rid of it because many weren't using it and it's expensive."

Litton said there is a window of opportunity for Bucklew to challenge his execution.

"In this case the legal standard, according to the Supreme Court, is that he can challenge the lethal injection procedure being used if he can show that it will cause a substantial or intolerable risk of pain when compared to known and feasible alternatives."

But Ross argues Missourians need to call on their moral conscience.