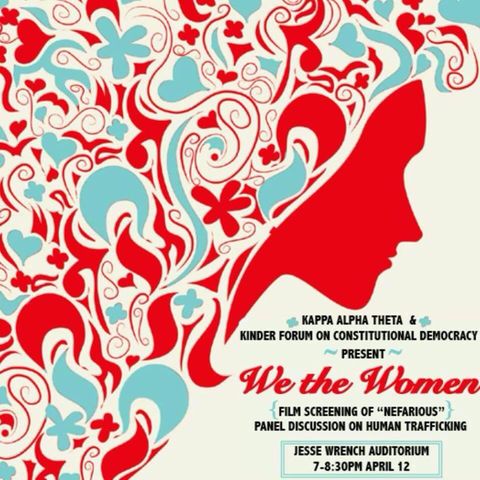 COLUMBIA - MU's chapter of Kappa Alpha Theta sorority, in partnership with the Kinder Forum on Constitutional Democracy, is set to host a documentary screening and panel discussion to highlight the issue of human trafficking on Sunday.

Theta's Executive Assistant Ashleigh Atasoy said the issue is one that should be important to the entire community.

"To us, the issue of sex trafficking, the issue of human trafficking is important. Human beings are being bought and sold. Not in some other country, not in some other community, in our community," Atasoy said. "They're being bought and sold in Columbia today. And we want people to realize that this is an issue that effects them."

The panelists are Dr. Clark Peters, Assistant Professor at the University of Missouri School of Social Work, Nanette Ward of the Central Missouri Stop Human Trafficking Coalition, Mary Lupo, an MU undergrad who is also an officer for MU's Stop Traffic Club and Elizabeth Gerrior, an intern for Truckers Against Trafficking.

Atasoy hopes that the discussion will lead to action in the community.

The event will begin at 7 p.m. on the MU campus in Memorial Union's Jesse Wrench Auditorium.