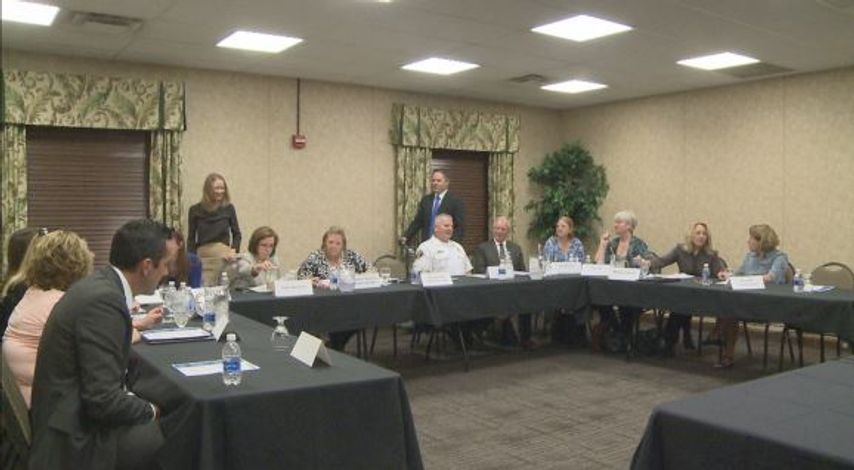 COLUMBIA – The Missouri Human Trafficking Task Force discussed its future and long term goals at its second to last meeting on Thursday.

Rep. Elijah Haahr (R-Springfield) created the task force to better comprehend the issue of human trafficking in Missouri. He said there is often a lack of communication at the state and federal level.

“We see a variety of agencies, whether it's federal or in the state. There is often an inability or lack of communication between each other. And then what you see happen is people fall through the crack. Unfortunately, that is one of the things we are trying to streamline and make sure that whether you are law enforcement or an organization that helps traffic victims or victims themselves, that everyone is working and pulling in the same direction so we don’t have duplicative services and that we don’t lose people where the gaps are,” Haahr said.

Emily van Schenkhof is a member on the task force and said trafficking is a significant issue.

“Trafficking is a major problem in the state of Missouri and a major issue all over the country and all over the world. People buy and sell women and children and men all the time,” van Schenkhof said.

According to van Schenkhof, Missouri currently has 15 childhood advocacy centers in the state, all of which are accredited though the National Children’s Alliance. Van Schenkhof has called for a state plan but said money is the main issue.

Haahr said the task has a couple options to move forward with.

“There are a couple ways we could handle this: One as mentioned today, we could hire someone full time by the state that would put together all the information that we have and work as an ongoing resource to try and bring all these nongovernmental organizations together and help them to interface with the government. The second thing we could do and what a lot of states do, is make their trafficking task force a permanent standing task force. So, we had a two-year window to gather information and to hear everybody’s side, but the majority of the states do this on a majority basis.”

The task force is scheduled to meet in December to discuss final plans and information for the 2017 legislative session.