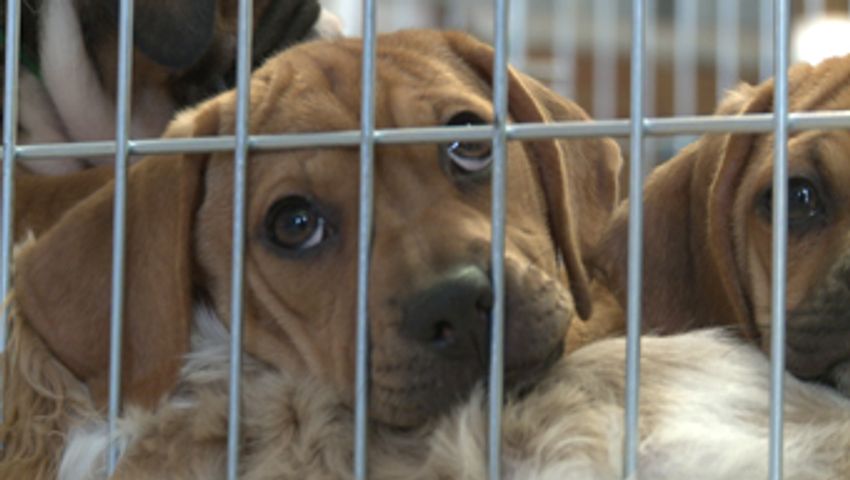 COLUMBIA - Before 2010, non-profit animal shelters and rescue organizations were tax and fee exempt. Soon after Proposition B, more commonly known as "the puppy mill bill," passed, Missouri enacted a tax requiring animal shelters to pay the state the same fees and taxes as for-profit breeding facilities. The tax includes a fee shelters must pay for each animal adopted.

Melody Whitworth works with the non-profit rescue organization "Dogs Deserve More." She said it's a one dollar fee per animal adopted and her organization supports the tax.

"The money that came in from the tax dollars has allowed additional inspectors from the department of agriculture to inspect the puppy mills and breeders. It's allowed them to hire three state veterinarians," said Whitworth.

The Dogwood Animal Shelter in Osage Beach, Mo., the Stray Rescue of St. Louis and the Humane Society of the United States is asking the Missouri Supreme Court to block the tax.

"Animal shelters are already struggling to care for the state's homeless animals in a weak economy. The last thing they need is to be hit with a senseless government tax on their lifesaving charitable efforts, said Missouri State Director of the Humane Society Amanda Good. "This new tax is the wrong policy, at the wrong time, and will mean fewer dogs and cats get the medical care, vaccinations and new loving homes they deserve."

State Representatives Noel Torpey, R-Independence, and Jeanne Kirkton, D-St. Louis, introduced legislation earlier this year. The bill wasn't passed in 2012 but the groups are working to get it passed in 2013.

"The reason for trying to pass this bill again is to help true non-profits," Torpey said. "The language of the bill also helps expose companies posing as non-profits."

Torpey said if the bill passes there will still be funding for puppy mill inspections and state veterinarians.