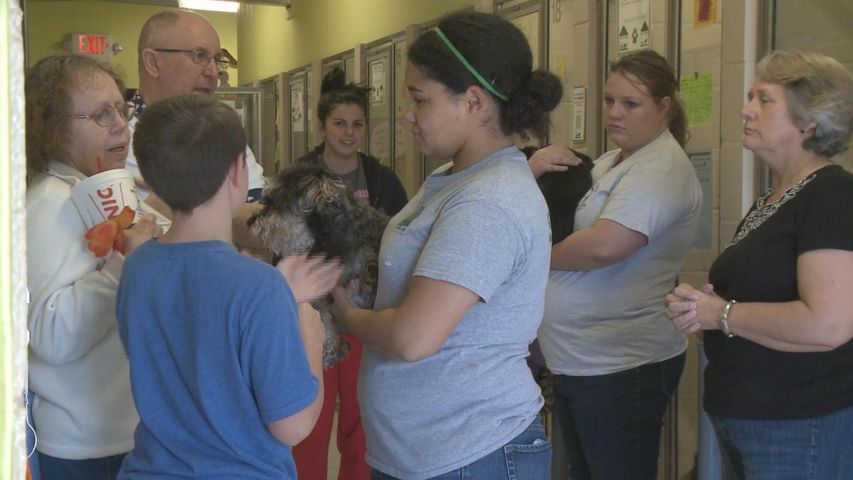 "Last we looked we've taken in 400 more cats this year than we had last year," said Ashley Crocker.

According to Crocker, in years past, fall has generally been the society's slowest season, but this year unexpected warmer weather and a 42 percent increase in the amount of people who cannot afford to take care of their animals had noticeable effects.

"It just hasn't stopped for whatever reason, lots of owners dropping them off either [they] can't afford [them] and things like that, and lots of strays [are] being picked up and no one ever coming and claiming them," said Crocker.

The shelter has also seen an increase in strays being dropped off, since many other shelters have stopped taking animals.

According to Shelter relations coordinator Colin LaVaute, in year's past the shelter has been close to capacity, but this year the continuous stream of drop-offs has made it difficult to manage things.

LaVaute said the Humane Society is doing what it can to combat the rise in pet drop- offs by holding events with some of the lowest adoption fees in its history.

During the most recent event, aspiring pet owners could adopt a cat or dog for just three dollars.

"We had to think on our feet and our first goal is to you know re-home every animal that we can," said LaVaute.

LaVaute said so far their efforts to clear the shelter have been successful, and that the overcrowding has actually allowed the society to have some of the highest adoption numbers ever.