Humane Society weighs in on fear of pet vaccinations 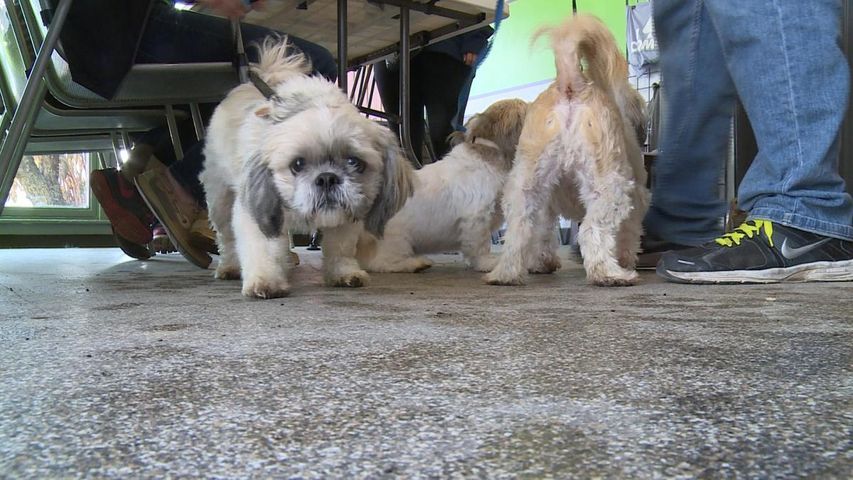 COLUMBIA - Several news outlets have reported in the last few days, New York Magazine among them, that veterinarians have noticed the fear of vaccinations spreading from humans to their pets.

A measles outbreak at Disneyland in December has brought the anti-vaccination movement into the spotlight but it might actually be gaining motivation in the veterinary world.

KOMU 8 News visited the Central Missouri Humane Society in Columbia to see how its employees felt about this new fear of pet vaccination.

Foster care coordinator Brooke Dickerson said they don't see a lot of cases of rabies because it is a required vaccine, but other diseases such as Canine parvovirus (parvo), a highly contagious and deadly disease, are still around because they aren't required and pet owners won't get them.

"That still pops up because it's not a required vaccine, but anybody who has puppies knows the pain of losing a puppy to parvo," she said. "It's just not worth going through that pain if all you have to do is just go get a shot in order to prevent that."

Dickerson is currently fostering a cat named Wonka with cerebellar hypoplasia, which affects the cerebellum and causes severe balance and coordination problems. Dickerson said when they took him to be checked out at the University of Missouri, they told her that her cat's disease most likely could have been prevented with a vaccine.

"They said it's definitely probable his mother wasn't vaccinated against distemper and that he was a kitten of a mother who had distemper," she explained. "So had his mom been vaccinated, maybe Wonka wouldn't have this issue, maybe he wouldn't be struggling to walk."

The Humane Society hosted a low cost vaccination clinic Saturday for students and low income pet owners. KOMU 8 was there for about an hour out of the four hour clinic, and in that time only about 12 dogs and a few cats came in for vaccinations.

Dickerson said she hopes people's fears will be dismissed if they realize that these often deadly diseases are extremely preventable just by getting a quick vaccination for their pets.