Humans Run From Zombies in 5k 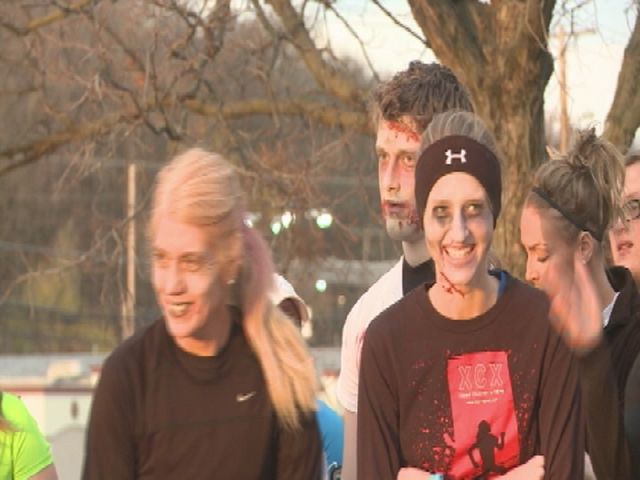 COLUMBIA - The saga of "Humans vs Zombies" continued Saturday morning. No Nerf guns this time - just a 5k run.

The MU Rowing Club hosted the early morning run. People either registered as humans or zombies. Humans wore a white tag and zombies wore a yellow tag, which runners could steal to convert the human or zombie to the other side. They started in different heats, 30 seconds apart. Many of the zombies came in full makeup.

"My roommate and I were going to exercise anyway, why not do it as a zombie?" said zombie Ashley Smith.

The Rowing Club hosted the event to raise money for new boats.