Hundreds rally for the 2020 Solidarity March 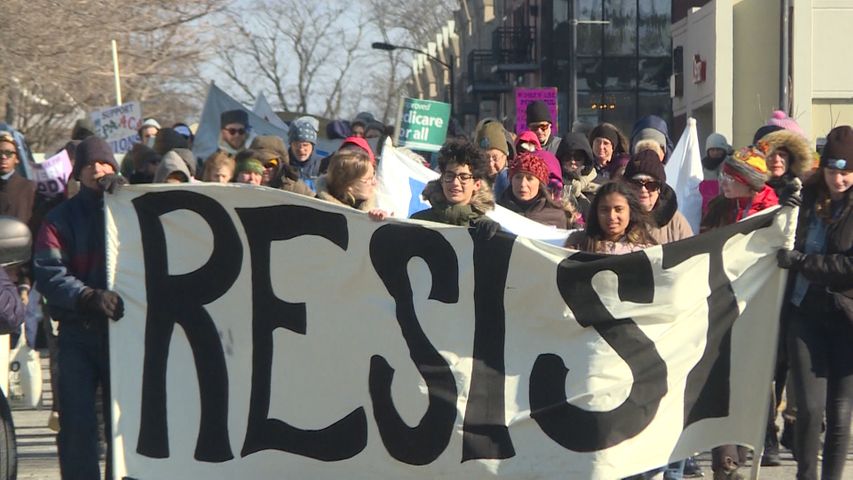 COLUMBIA -- Saturday marks the fourth anniversary of the National Women's March on Washington.

As part of a national effort, hundreds of Mid Missourians gathered in downtown Columbia for the 2020 Solidarity Rally and March.

Speakers and music began at 1 p.m. and march began soon after, taking a highly visible route through downtown Columbia.

Hundreds of women and men participated in the event despite the cold weather. Sharon Franklin walks every year and said Mid Missouri is fortunate to have such a supportive community.

“There’s a huge crowd considering that the temperature is dropping rapidly and the wind is gusting up to 35 miles per hour right now,” Franklin said.

Due to the cold weather, organizers aimed to shorten the rally to minimize the time outside in the cold. Participants had access to the Boone Government Center as a warming site.

Violet Vonder Haar led the music at the rally and said the cold weather didn't scare her away.

“We are not afraid to come out in the cold,” Vonder Haar said. “The patriarchy doesn't stop in the cold and neither do we.”

People carried signs voicing their opinions as they marched through downtown Columbia.

David Owens held up multiple posters, one saying “This is just the beginning.”

“If one half of our population is repressed, how can the rest of us be free?” Owens said.

The event had over 30 sponsors and worked directly with Operation Safe Winter to collect donations of warm clothes and other necessities for the unsheltered in our community.