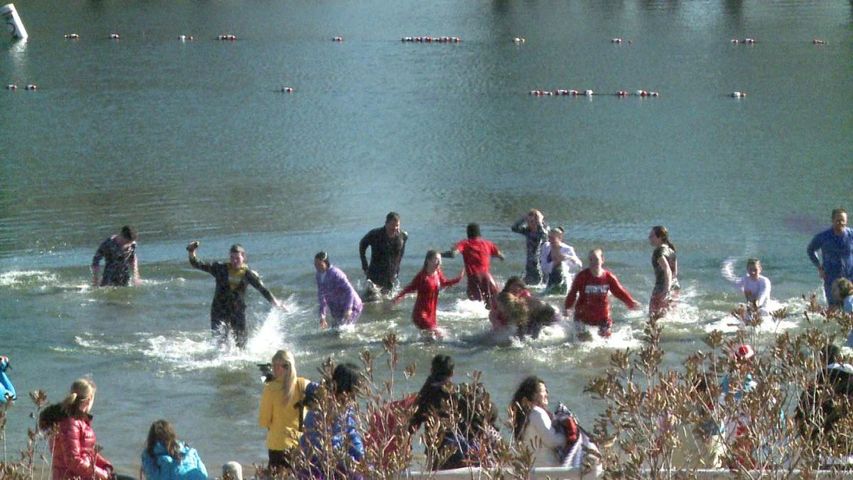 COLUMBIA - The high temperature on Saturday may only have been 32 degrees, but that didn't stop 601 people from plunging into Stephens Lake for the 6th Annual Polar Plunge.

The event is an annual fundraiser to raise money for Special Olympics Missouri's sports training and competition program for athletes with disabilities.

"It's one of those adrenaline rushes where you don't feel the cold until after you get out of the water," Stock said.

She said when it came to her costume, she went with the "less is more" idea and dressed up as a hula girl after almost "faceplanting" in the water last year.

Grant Gershner was a first-time plunger. He said his friends from Westminster College recruited him to join their team since he has done events like this before.

"I went to a church camp and they did one every morning, just to kind of help you wake up, cause we had to get up at like 5 in the morning. So, I've kinda done it, not in this kind of cold weather before," Gershner said.

Organizers told KOMU 8 News the event raised more than $90,000. It was hosted by the Columbia Police and Fire Department. KOMU-TV and Mid-Missouri CW were one of this year's sponsors.