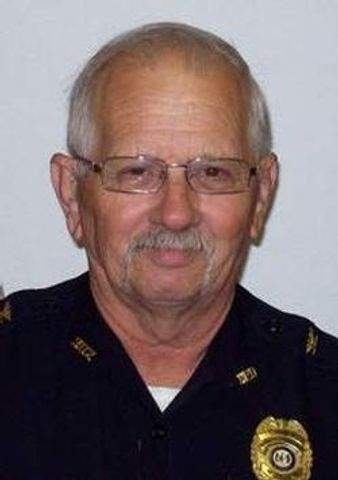 "Chief Stuck was the constant public servant," Randolph County Chief Deputy Nevin Turner said. "I don't think there was anyone, anywhere within a 50 mile radius that didn't know and like and appreciate "Buddy's" efforts for the community."

"Buddy was just a get it done, make it happen, kind of guy," Webster said. "He was always there to give the help that was needed."

The Randolph County Sheriff's Office will take over protection for Huntsville for now. Members of the community don't know what they're going to do to try to fill the void "Buddy" left.

Folks at the funeral talked about Stuck's dedication to the Huntsville community. He would drive the bus for Westran High School sports' teams to any game he could.

"There is five shoes to fill, not only one set," Westran student Makayla Reynolds said. "He was always great to be around. We'd go out to eat with him and it was like he was one of us."

Not only was his dedication to the community strong, but his will to work was something every co-worker and friend of his will always remember.

"He was a get up and go get it done kind of guy," Chief Deputy Nevin Turner.

In honor of Police Chief "Buddy" Stuck's life, a helicopter flew over Westran High School as funeral attendees watched and remembered their dedicated community member. After the flight, police, sheriff's deputies, firefighters, and those driving the ambulances got in their cars and made their way to the cemetery where Stuck would be buried.

To honor his life, Stuck's family made its way to the cemetery in a school bus.

Stuck was known for his dedication to the Huntsville community.

This holiday season residents will remember Stuck's yearly charity of raising money to distribute bags of fruit and candy to children in his community.

Stuck was found dead at his home last Wednesday after being shot in the abdomen. The reason behind the shooting is still unknown. According to the Randolph County Sheriff's department, the investigation leads to no reason to suspect foul play.