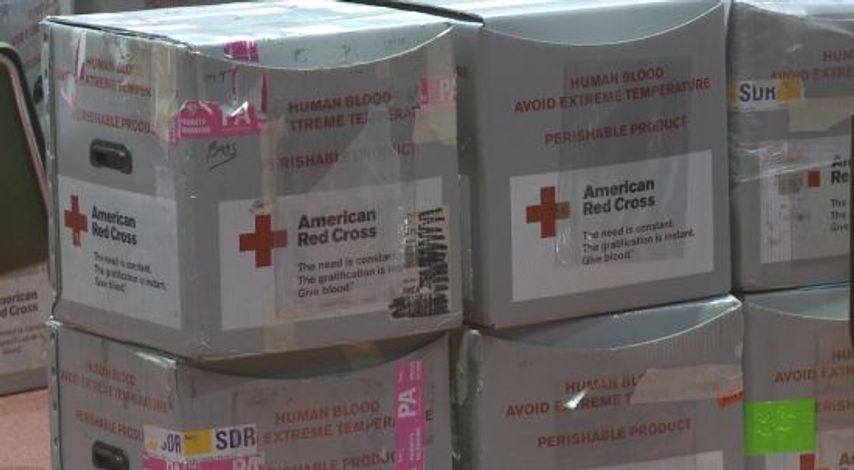 COLUMBIA - The effects of Hurricane Matthew were felt in mid-Missouri on Wednesday, as MU's homecoming blood drive aimed to produce more than it's original set quota.

With the death toll from the hurricane climbing to 38, the American Red Cross is looking to blood drives across the country for help.

Craig Jackson with the American Red Cross in Columbia said 18 blood donation operations and 1,500 units of blood were lost as a result of the storm.

"So we hope to have an overage, so we can help supply those hospitals down there, to where they're not receiving, they're not able to do blood drives because people can't get out. They're flooded, they're stuck," Jackson said.

According to Jackson, MU's homecoming blood drive, which runs October 10-13, is the largest student run in the United States. He said he is hopeful the quota of 1,150 units a day can be exceeded.

A student leader with the MU homecoming blood drive, Kelsey Ethington said, "Turnout has been pretty good. The first day was a bit slower, but yesterday picked up, so we are hoping that today and Thursday are our busy days."

Jackson said six tubes of blood are tested from each unit donated for 15 different illnesses, ranging from HIV to Zika. After passing those tests, each unit is checked once last time by the hospital it is delivered to before transmitted into another person.