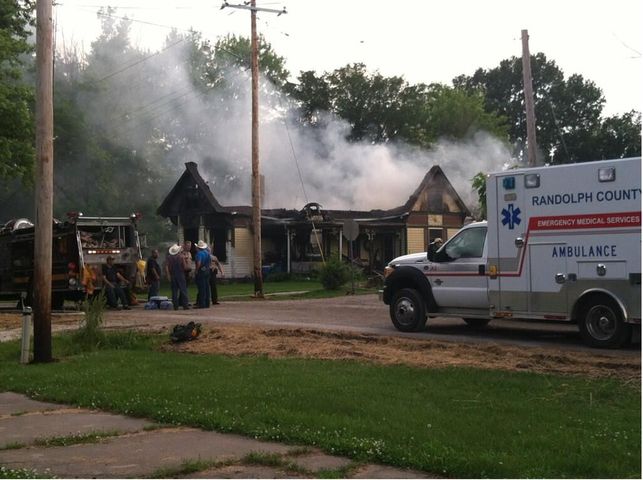 HIGBEE - A Higbee woman is in critical condition after investigators say her husband set her on fire and burned down her home.

Law enforcement responded to a house fire on the corner of Sedalia Street and Randolph Street in Higbee around 4 p.m. When officials arrived, they found the victim in front of her burning house with significant burn injuries all over her body.

The Randolph County Sheriff's Department said the woman was able to tell the responders that her husband dowsed her with gasoline, set her on fire and then fled the scene on foot.

Cady Wilbanks, a cousin of the woman, identified the victim as Connie Hunt and her husband as Willy Hunt.

According to Wilbanks and neighbors, Willy Hunt had been heavily drinking all afternoon before the incident.

Connie Hunt was taken by helicopter to University Hospital in Columbia. Her room is being heavily secured to ensure her safety.

The Fire Marshall will conduct a full investigation of what is left of the house. Investigators are still looking for Willy Hunt.

(Editor's note: This story has been changed to reflect the last name of the victim and accused from Hunts to Hunt.)