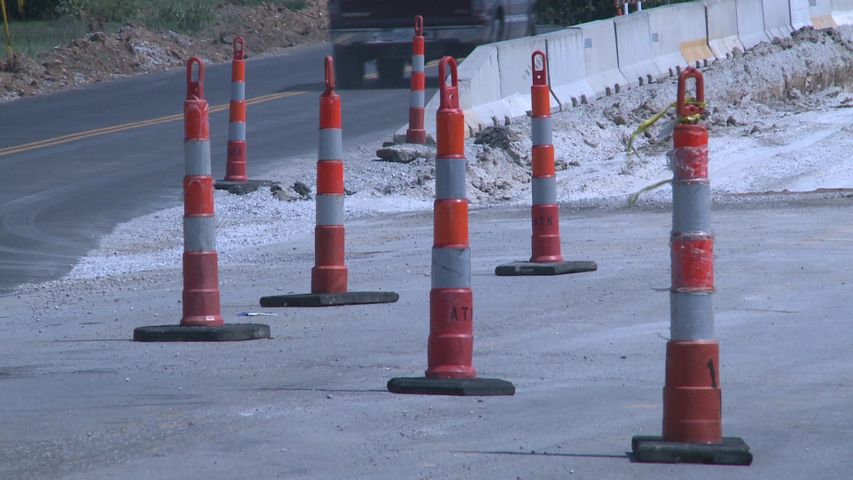 COLUMBIA - Construction on three I-70 bridges in Columbia are half way done.

The project started in August of last year. The bridges are located on Business Loop 70/West Boulevard, Garth Avenue and Rangeline.

Spokesperson for the Missouri Department of Transportation Sally Oxenhandler said the project has come along smoothly so far.

"There's still a lot of work still to come. It's a very complicated project. There's a lot going on but the project is being done on a good time frame," said Oxenhandler.

Oxenhandler said traffic around the area is lower than expected which helps get the project moving along quicker as well.

"The contractor on the project has used some very innovated techniques such as bridge slides which have the least impact of traffic," said Oxenhandler.

The new bridges at Garth and Rangeline will be slid into place next month and the old bridges will be demolished.

Drivers can also expect to see new round-abouts at the Business Loop 70 bridge.

"There will be multi-lane round abouts on either sides of I-70. This is a new technique that hasn't been used a lot here in Mid-Missouri so that's something that is going to be new to motorists," said Oxenhandler. "Multi-lane round abouts are utilized mostly in Kansas City and St. Louis."

Business Loop at I-70 will be closed in early June for 45 days to integrate the round about.

All three bridges are expected to be finished by October.