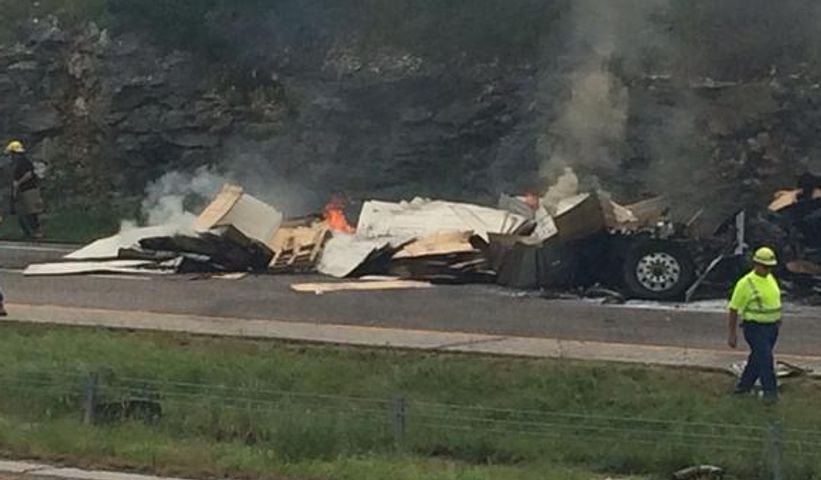 BOONE COUNTY - Eastbound I-70 reopened Monday evening after being closed for more than 8 hours due to an accident and subsequent fire.

According to the Missouri State Highway Patrol's online crash report, the accident killed one person and moderately injured two others.

Georgia man, Sean Gibson, was ejected from his tractor-trailer around 10:25 a.m. The 41-year-old man was not wearing a seatbelt when he rear-ended another tractor-trailer.

I-70 eastbound was at a standstill throughout the afternoon several miles behind the accident. Officials redirected traffic back toward the exit ramp of I-70 and Route J, which remained congested for most of the afternoon.

Crews finished putting out lingering patches of fire on the tractor-trailer around 5:15 p.m.

Crews were able to remove enough of the wreckage to reopen the highway around 7:45 p.m. Monday.