I-70/US-63 interchange in need of major revamp; still a challenge for MoDOT 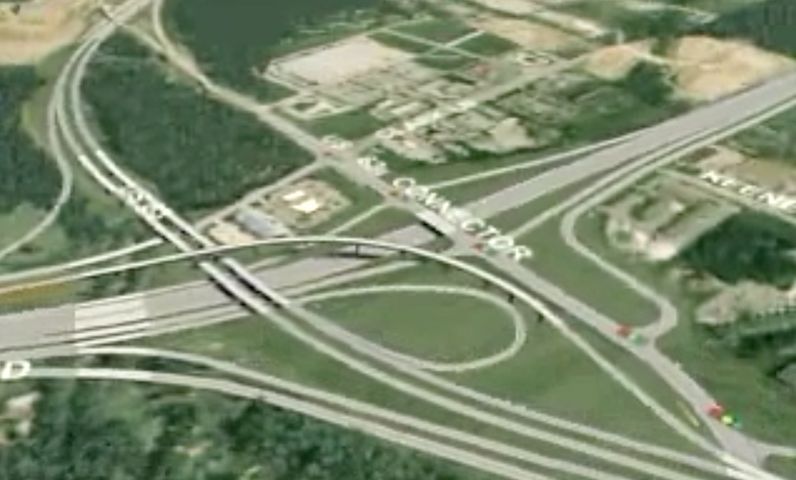 A rendering of recommended improvements to the I-70/US 63 interchange in Columbia. Courtesy improveI70.org. 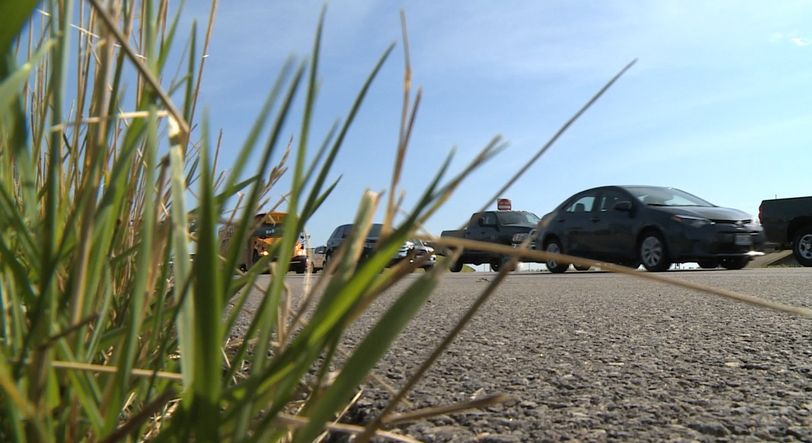 COLUMBIA - Drivers and MoDOT leaders say mid-Missouri's busiest highway interchange is long overdue for a revamp, but there's one major roadblock keeping it from happening any time soon.

"[The interchange] was a stop sign," Columbia resident Douglas Grindstaff said. "You just pulled up, paused and then drove through."

At the time, US-63 was just two lanes. It dead ended at a traditional diamond interchange with I-70. If drivers wanted to continue north toward Moberly, they'd have to enter I-70 at the interchange, then exit at what is now Rangeline Street.

In the decades following, Highway 63 was widened to four lanes. It was realigned to the east so drivers could continue north or south without having to get on I-70. But they still had to stop at the connector.

By the mid-1990s, MoDOT built a bypass for Highway 63 allowing drivers not wanting to exit at I-70 to continue north or south without stopping. But they still had to stop and wait through up to four sets of traffic lights in order to merge from one highway to the other.

Today, drivers merging from one highway to the other experience long waits at peak hours.

"It's completely unorganized," Duncan said. "If all of the lights were in sync and everybody could just keep going, it should take about four or five minutes."

MoDOT officals say they know the interchange is outdated.

"Where 63 and I-70 came together, a diamond interchange worked for many, many years," MoDOT Central District Engineer Mike Schupp said. "As Columbia has continued to grow and the population has gotten higher, [the connector] has diminished in the level of service it provides."

"We're pretty positive the interchange needs to have directional ramps," Schupp said. "Traffic going northbound on 63 wanting to go west onto 70 would be able to not stop, come across the bridge and tie right back into 70."

He said similar ramps would be built for traffic going east on I-70 exiting to go south on US-63.

Over 15 years ago, the Improve I-70 task force released its recommendations for ways to make the interstate more functional. It even released animations showing what the improved interchange could look like.

But those were just recommendations. No official plans have ever been made.

Schupp said not to expect any formal plans to be made until one major step is taken.

"It's definitely going to take a change in the way we're funded today," Schupp said. "We're the seventh largest system in the nation; we're funded at the 47th level. Those two do not match up."

Right now, MoDOT gets its funds from a gasoline sales tax. The gas tax rate gets approved by voters. It increased incrementally over the years until 1996, when it hit 17 cents per gallon, where it remains today, 23 years later.

"That 17 cents now has the purchasing power of just eight cents," Schupp said.

He said aside from inflation reducing the purchasing power of the gas tax, the push to cut down on the use of fossil fuels like gasoline has hurt MoDOT too.

He said if the gas tax doesn't go up, MoDOT will need to get creative to find a new source for funding. Until then, improvement projects like a revamp of the connector remain on hold.

"I still say leave it up to the voters." Grindstaff said. "The people at some time are going to have pass something if they want the roads to be better, because the money isn't going to come out of air."

For residents like Duncan, time is of the essence.

Until then, drivers at the connector will have to keep waiting until the light turns green.