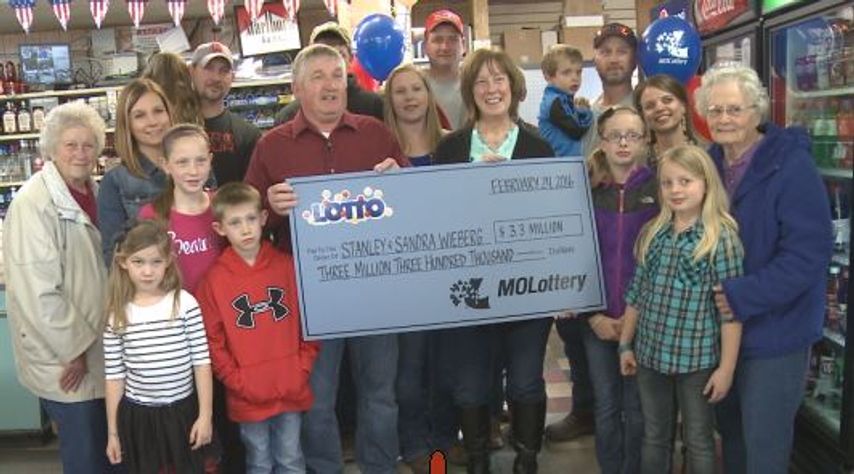 Stanley Wieberg bought a lottery ticket from C&D Market on Feb. 25, as he does almost every Wednesday.

Stanley Wieberg said he had playing the lottery ever since it started.

He also said this winning ticket has to do with a good batch of karma.

He said earlier that day he had picked up his mother-in-laws car from the shop. Once he was driving the car he noticed a power tool in the backseat. He then took it back and was told the mechanic didn’t think he would get the power tool back.

He said he had won small amounts of money in his thirty years of playing, but this is the first time he has won it big.

Sandra Wieberg said the family plans on making a trip to Alaska and repairing an old vehicle.

When asked what advice she would give to another winner, she said, “Be excited but don’t let 'em change you, just stay yourself and stay down on earth rather than making too much out of it.”

The owners of C&D Market got a check for $5000 for selling the winning ticket.

Denise Wankum and her husband own the store together. She said the Wiebergs typically come in twice a week, so it was just a normal day when she sold them the winner.