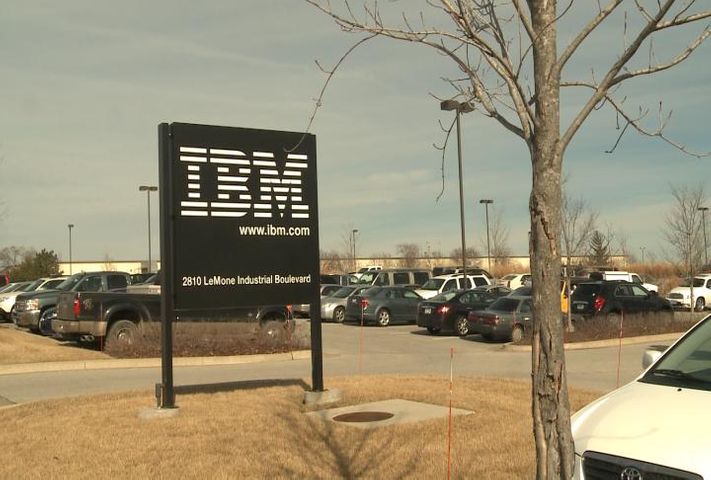 COLUMBIA - The head of IBM's employee union confirmed to KOMU 8 News the company is laying off employees at its Columbia facility on LeMone Industrial Boulevard.

Lee Conrad, the national coordinator at Alliance@IBM, IBM's employee union, said employees have been reporting layoffs throughout the day Wednesday.

Conrad was unable to confirm how many employees the company has laid off. The cuts are part of nationwide company layoffs.

In a statement, IBM spokesperson Clint Roswell said, "At a time when IBM is aggressively transforming, the company continues to rebalance its workforce to meet the changing requirements of its clients and to lead in new, high value segments of the IT industry, including cloud, analytics, mobile, security, social and cognitive computing. This is not new news. IBM announced a $600 million workforce rebalancing charge in 4Q, 2014. IBM is meeting its commitments for the incentives by hiring and training new employees, creating a higher skilled workforce and creating new jobs. All funding was used in full compliance with job requirements. And that is the point - the incentives go to employers who train their employees and bring jobs to the state."

IBM announced in 2010 it would hire up to 800 employees at its Columbia facility. KOMU 8 News later learned the company signed a contract with the state to hire 600 employees by the end of 2015.

IBM has been reluctant to release jobs numbers. The company told KOMU 8 News in 2013 that it was "on pace to meet our commitments to the state we agreed to in 2010."

The company received $28 million in tax credits from the state as part of the contract. The city of Columbia also agreed to pay $3 million over a ten-year time span to purchase the building on LeMone Industrial Boulevard and lease it to IBM at a cost of one dollar per year for ten years.