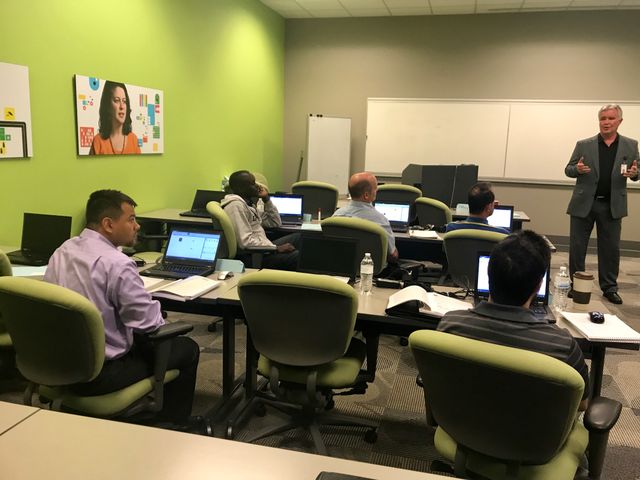 COLUMBIA - A nationwide training initiative began Monday at Columbia’s IBM building that certifies veterans in the use of IBM software.

The initiative, called Veterans Employment Accelerator Initiative, began after IBM leaders paired up with Corporate America Supports You, a nonprofit that works to find jobs for veterans.

Columbia’s class had close to 15 veterans from all over the world attend it.

One veteran named Clarence Howard said the veterans have the right experience to learn the new skills the program is providing.

"We’re taught to analyze a lot of data and sometimes we have to do that without the help of software. We have to think broad and in a big spectrum of a lot of information going on in a fast paced environment," Howard said.

According to a press release, the training program is designed to build in-demand technology skills to prepare veterans for “new collar” careers in the US-skill positions, such as data analysts that do not always require four-year college degrees.”

“I think a lot of people forget how hard it is for the veterans to transition to jobs, especially if it's something that doesn’t transition well into civilian world," said IBM instructor Megan McCollum. "They struggle when they get out because one, maybe their job doesn’t transition, but also they really don’t know how the civilian world will operate as far as the HR process.”

The veterans will be learning more about software is used by law enforcement, cyber security and national security agencies.

Monday's event was held at the IBM Columbia Client Innovation Center. Columbia has long been known for supporting its local veterans and veterans around Missouri.

Another instructor, Frank Johnson, said he is leading the program because of his own personal experience.

“I think it’s important because I am personally invested, as a veteran, when I got out after eight years in the Air Force, I was unemployed for about eight months. I had a degree, I had a BA, I had a masters, I had 12 years of experience, and I couldn’t translate what I did to the military to the civilian side," said Johnson.

"But here, after going through that, I know what these people are going through. I am here to make sure all the individuals here don’t go through the hardships that I did.”

In 2013, Governor Jay Nixon awarded IBM with the Governor’s Flag of Freedom Award. The award recognized the work the business had done with the “Show-Me-Heroes” program, which encourages employers in Missouri to hire veterans.

The program will expand its training throughout Missouri in response to IBM’s plan to hire 2,000 veterans in the United States over the next four years.