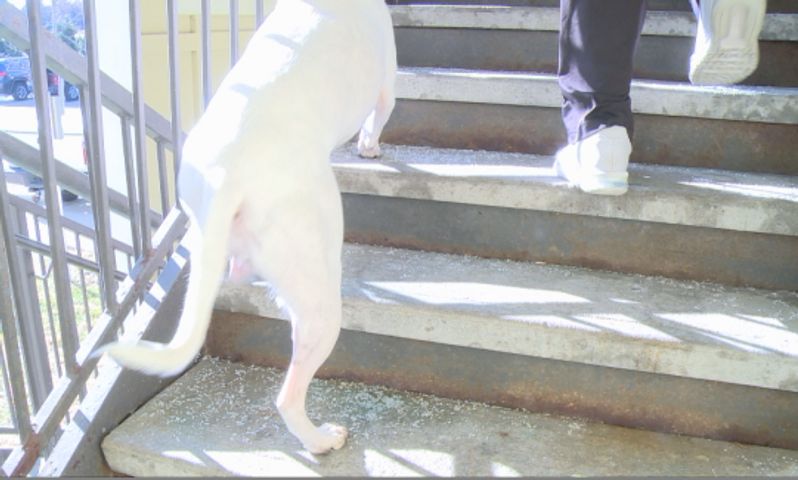 During the cold season, pet owners should wash the bottom of their pets' paws after walking them. This will prevent danger to the animals' paws and digestive system.

"The first thing we're going to see is going to be some salivation, some mild irritation, maybe them throwing up. If they consume a lot, we can see more serious clinical signs," said Dr. Tim Evans, MU associate professor in the department of veterinary pathobiology.

Dr. Richard Meadows, a veterinarian at MU, said magnesium chloride, calcium chloride and other forms of salt are the most harmful chemicals in ice melt.

Dog owner Terilyn Harris had to get medicine for her pit mix Dakoda after the dog was bleeding and limping after walking on ice melt.

"You can tell she's in a lot of pain. She just kind of stands there and alternates which foot she can lift off the ground," Harris said.

Dakoda had cuts and scratches on her paws from the excess salt. She has been on medication for about two weeks.

"Usually, she'll make me cut the walk short. I'll have to stop, and she'll just completely stop and I cannot move her at all," Harris said.

Harris said it would get so bad that she would have to carry Dakoda, who weighs about 50 pounds, back to her apartment.

Meadows said some producers label their ice melts as pet-friendly.

"One of the problems about some of these ice melt products if you're buying them for your own sidewalk is that a lot of times, the label is less than forthcoming about what's in it," Meadows said.

Meadows said the "pet-friendly" ice melts are usually less effective in melting ice and more expensive. He also said that most of the ice melts do contain salt.

Evans and Meadows said dogs that are more likely to eat everything and anything they see are more at risk for being affected by ice melts.

"A dog's solution is to lick things a lot of times. If they've already got dry, cracked areas and they lick it more they can worsen the irritation and maybe even set up and infection," said Meadows.

According to Meadows, pet owners should avoid buying ice melt with calcium chloride and other harsh salts.

If owners have doubts about the ingredients in the ice melt, they can contact the Pet Poison Helpline for tips or questions.

Both doctors said the vast majority of ice melts are safe, but pet owners should make sure to clean their pets' paws.