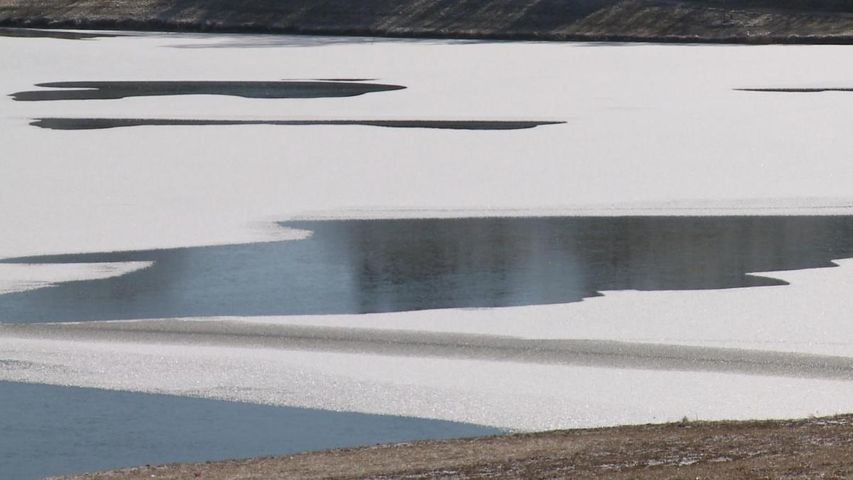 JEFFERSON CITY - Winter is the most rewarding season of the year for trout fishing - that's if lakes can stand the cold.

This year's cold winter has made it difficult for people to fish for trout on McKay Park Lake in Jefferson City.  Every year nearly 2,500 trout, usually ranging between twelve and fourteen inches, are dumped into the lake for fisherman who can't make it to southern Missouri to fish in cold streams.

The lake is stocked for catch and release season every year from November 1 to January 31.

The past few days of bitter cold temperatures have caused the lake to freeze - making it more challenging for fisherman.

"Right now the big problem is the lake is frozen over, but people will come and knock little holes in the lake right around the bank and cast in there and they can catch some fish out of the lake that way," said Mike Bollinger, recreation supervisor for Jefferson City Parks and Recreation.

Fisherman are used to the cold temperatures, but John Walther of the Capital City Fly Fishers, a fly fishing club of about 55 members, said he would rather wait for a warmer day when the lake isn't frozen.

"I just don't come out, I wait for it to thaw out. I guess, as you can see, today we don't have anyone here because they can't get through the ice. But, generally speaking, you'll be surprised on some cold days when we don't have ice, you'll still see some people out here," said Walther.

Walther said once the weather warms up again, he'll be back out fishing.

Bollinger recommends only fishing from the banks of the lake while it is still frozen to avoid falling through the ice.