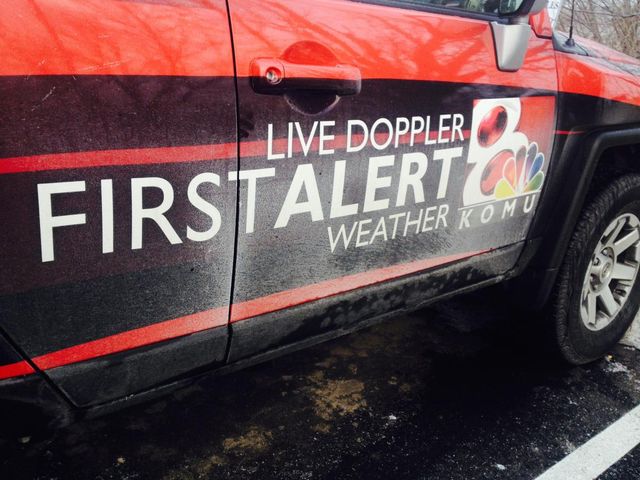 COLUMBIA - The overnight storm system moved to northern and eastern Missouri, so instead of the projected one to two inches of snow mid-Missouri saw flurries and some icing.

The drop in temperature from nearly 50 degrees on Wednesday to the teens overnight left many roads icy. MoDOT salt vehicles focused their attention on I-70 and Highway 63, leaving those areas in better condition. Many drivers still proceeded about five miles per hour below the speed limit.

Parking lots and side roads saw the worst road conditions, causing vehicles to lose traction while stopping and turning.

Boone County Joint Communications reported four or five accidents by 7 a.m., but said that number will increase with the daily commute.

The cold weather also caused delays at some traffic lights. Columbia Public Works said the weather froze light sensors on Grindstone Parkway, which has caused delays. At 6 a.m the KOMU 8 Storm Patrol vehicle was stopped at a light on the corner of Grindstone Parkway and Bearfield Road for 13 minutes before it turned green.

MoDOT is working on fixing the issue.