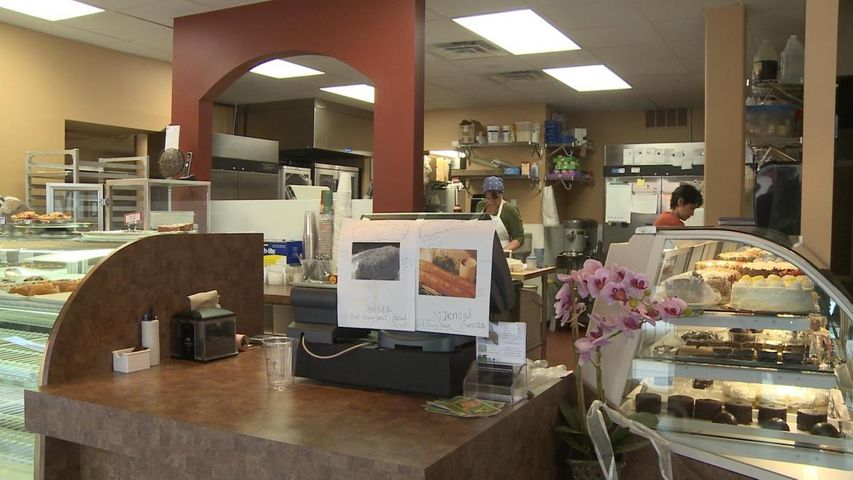 COLUMBIA - In the heart of Missouri, immigrants are settling in and creating new international businesses.

Helena Shih, who was born and raised in Korea, left with her family to come to California at the age of 15. Later, she decided to come to Columbia, Missouri to attend school. That's when her love for the city of Columbia began.

Shih now lives with her husband in Jefferson City, but they chose Columbia to start their business because of its unique vibe.

Shih's store, U Knead Sweets, sells both French and Asian-inspired desserts like ganache, macaroons, and green tea flavored sweets. And hers is not the only one to cater to to those who love international fare. Other places include Casablanca and Olive Cafe, which serve Mediterranean food, and Bangkok Gardens and Jingo's, which specialize in Asian cuisine.

In addition, Cafe Poland is the latest addition to join the ranks of international businesses. Just a few months ago, Cafe Poland opened under the care of Robert Burlinski and his mother, Iwona Galijska. The duo is originally from northwest Poland, and upon arriving in the United States, they first went to Alaska.

Burlinski said the family didn't like Alaska, so they packed up, went to Texas, and then moved on to Columbia.

"One day, we just said we've had enough of Alaska," Burlinski said. "We just want to move on and start life somewhere else. We just started searching on the Internet for good places and Columbia was one of such. With good rates, tuition for school, and with moderate climate and political balance, equal Republicans and Democrats."

As for the customers, Burlinski says Cafe Poland attracts a wide variety of people.

"Lots of people were talking, and the internet was all over it so we had a lot of customers, people with Polish roots were coming, many people just remember what their grandparents were doing or their grandma was cooking. There were many people who were just interested because they've never seen a Polish kitchen or Polish dishes before," Burlinski said.

From Polish to Thai, Columbia's diverse variety of restaurants and markets provide new flavor opportunities for locals and immigrans alike.