Immigrants face uncertainty as DACA's life-changing" benefits near the end 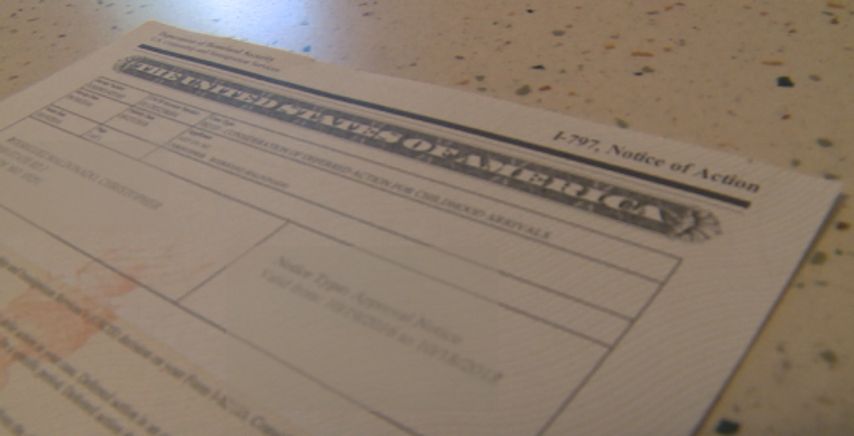 COLUMBIA – Democrats and Republicans have until March to decide what to do about the 800,000 people who will be affected by the end of the Deferred Action for Childhood Arrivals, known as DACA.

Goreti Chapa said obtaining DACA status was a “life changing experience” for her loved ones. The program gave people the right to work, get driver’s licenses and  social security cards, build credit and purchase homes.

Another Missouri immigrant said DACA gave people like her an opportunity to thrive.

“It takes all of these people that have the willpower and hunger to succeed," she said. "These are people that America really could use. People that want to have a good job and have a life like everything else.

The Department of Homeland Security will only accept DACA renewal requests until Oct. 5 and no longer accepts new applications.

"To make them go back into undocumented status is really terrifying for them and their families," said immigration lawyer Helene Fehlig Tatum.

Chapa said she was disheartened when she heard the government was not continuing the program.

“Everyone was scared, including me. They were scared because most of them don’t know another country besides this one,” Chapa said. “If they took DACA away they were going to have to go back into living in the shadows.”

Tatum said the Succeed Act is "incredibly unfair" because it doesn't allow immigrants to sponsor their family members.

The Dream Act differs because it does allow family sponsorship. It also requires applicants to graduate high school or obtain a GED. Then complete higher education, military service or demonstrate long-term employment. Finally, the individual can apply to become a US citizen.

The future will remain uncertain for people who benefited from DACA. Even immigrants with American-born children have considered returning to their home countries.

“We would most likely end up losing our house and everything we have worked for the past three years,” one woman said. “If we end up moving to Mexico, most likely I am going to move the kids with me. In Mexico there is no life.”

Tatum does not think immigrants should leave the country. She said there are 11 million undocumented people in the U.S. and those with DACA status should not be targeted for immediate removal.

"These young people that have done nothing wrong in their life. They have come up to brick wall after brick wall for doing everything they were told they should do," Tatum said. "Study hard, work hard and they are told they would be successful."

Young immigrants said they hope to stay in the United States.

"They love the US just like you do, just like anyone else does. They are willing to fight for the US if you just give them a chance."