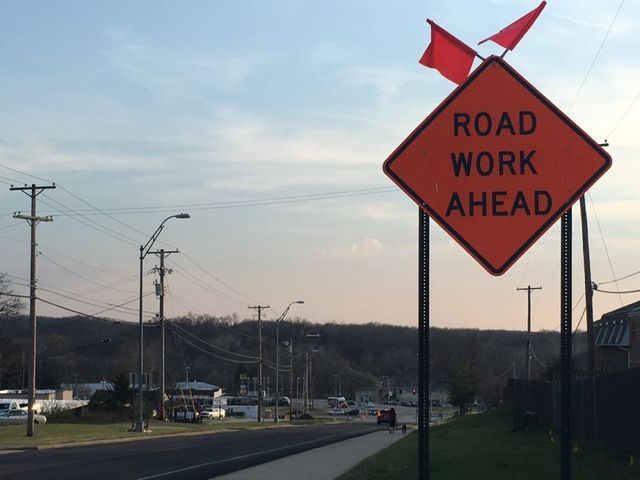 COLUMBIA - Improvements to the intersection at Stadium Boulevard and Old Highway 63 in Columbia begin this week.

The project includes efforts to improve pedestrian access at the intersection, beautify the area with landscaping and increase traffic capacity.

Drivers passing through the intersection should be mindful of road crews along Stadium and Old Highway 63.

"They're going to be working along those streets, building some retaining walls and putting in some erosion control measures throughout this week," said Allison Anderson, engineering supervisor for Columbia Public Works.

Much of the project work will be completed during the day. However, any required lane closures are slated for completion during evening hours.

City public works officials said drivers aren't the only ones who will benefit from the intersection improvements. After the project's completion, pedestrians and cyclists will have access to crosswalks, marked bike lanes and sidewalks that connect to the city's trail system.

The area will also undergo some aesthetic improvements with the addition of rain gardens, native grasses and ornamental landscaping.

City public works administrators said the intersection at Stadium Boulevard and Old Highway 63 acts as a gateway for Columbia visitors. Many travelers pass through the intersection on their way to the city's universities, hospitals and downtown business district.

The contractor for the project, Aplex Inc., has communicated with businesses along the intersection about its construction plans.

Charlie Graznak, a design consultant at McAdams' Ltd., a jewelry, gift and antique emporium at the Stadium-Old 63 intersection, said the contractor would be using a section of the business' property to store vehicles and equipment.

"The next months might be somewhat of a challenge, but I'm hoping this project improves things," Graznak said. "We need real crosswalks at that intersection."

The project, which is slated for completion in Fall 2017, comes at an estimated cost of $1.75 million. The City of Columbia and the Missouri Department of Transportation will split the cost, with the city's half coming from the 2005 Capital Improvement Sales Tax.

Updates on the progress of the project will be available at www.como.gov/publicworks/stadium-old63.