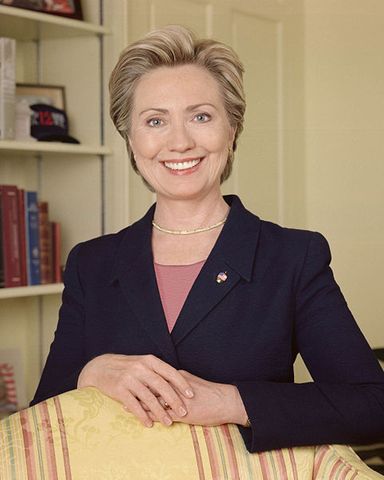 FLORISSANT - White House hopeful Hillary Clinton made a stop in St. Louis County Tuesday to talk to locals about how changing the lives of children can solve some of our country's biggest problems.

Clinton brought up several potential solutions in her speech at Christ the King Church of Christ, including preschool reform, new-parent education, and community programs.

Clinton also voiced her support for a typically conservative ideal: Universal voter registration. She said the only way to solve the nation's problems is to get voters to the polls.

"We need early voting in every state and automatic voter registration. I think every young American should be universally automatically registered unless they say 'no.'"

Clinton mentioned events in Ferguson, Baltimore and most recently the shooting at a church in Charleston in her speech.

She said law enforcement and community members need to have a mutual respect for one another.

Missouri Republicans responded to Clinton's appearance in a news release. They said Missouri's voting record the past two presidential elections shows the level of Democratic support within the state.

"The number of Americans who view Hillary Clinton unfavorably is increasing the longer she campaigns, so we are thrilled she is visiting the Show-Me State. Now Missourians will have an opportunity to see the real Hillary: out-of-touch, untrustworthy, and scandal-plagued. Next November, Missourians will soundly reject the liberal policies of Hillary Clinton - or whoever is the Democratic nominee for president-just as they twice rejected Barack Obama," the news release said.