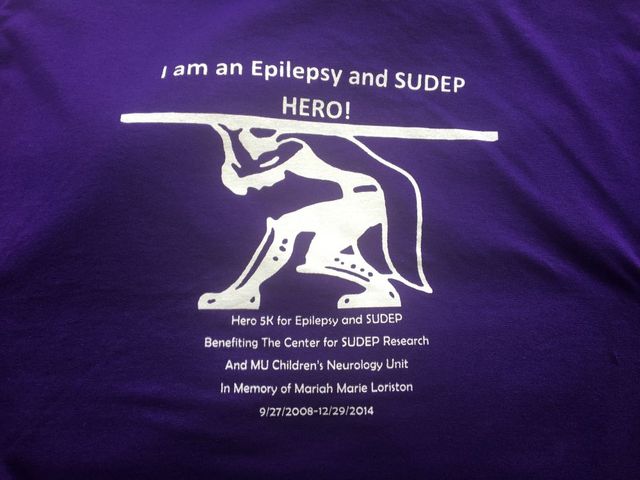 COLUMBIA - Columbians ran in an intimate charity run in Cosmo Park on Saturday to raise awareness for epilepsy and the common causes of dying from seizures.

The inaugural Hero 5K for Epilepsy and SUDEP took place in Cosmo Park on Saturday morning. Proceeds from the run will benefit the Center for SUDEP Research and MU Children's Neurology Unit at MU Children's Hospital.

Kendra Richardson, founder of the Hero 5K, said her daughter Mariah was diagnosed with epilepsy in 2014. Six months into her diagnosis, the family lost Mariah to SUDEP, which stands for sudden unexpected death in epilepsy.

Richardson said she had never heard of SUDEP before.

"So you can imagine that once you lose somebody to that, and then you find out there's this whole world of information to help you reduce risk for that happening, and the doctors didn't tell you because they don't want to scare you - because it is a small percentage of people that it happens to with epilepsy - but it happened to our family," she said.

Richardson said she wants to get the word out and spread awareness about SUDEP to families, whether it scares them or not, because they need to be prepared for the worst.

Richardson said she plans to make the Hero 5k an annual event, and hopes for a larger turnout next year.

"Our birthday is actually the same day, September 27, so it will always be in September," she said. "We're always going to use EventBrite.com, and you can search Hero 5K on there and we'll be back next year."