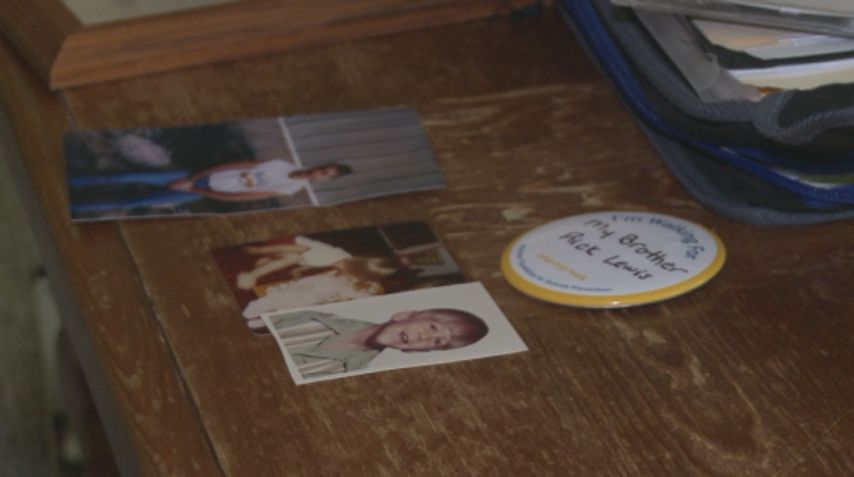 COLUMBIA - Following the deaths of Kate Spade and Anthony Bourdain, the American Foundation for Suicide Prevention will host its Advocacy Forum in Washington D.C. next week.

Becca Pamperl will represent mid-Missouri at the conference to speak to legislators and public health officials about suicide prevention.

In 2003, Becca Pamperl lost her brother, Richard Lewis, to suicide. Since then, she has become an advocate for suicide prevention.

Pamperl picked up a picture of she and Richard from a wedding they both attended and reflected back on the past.

Although the AFSP Advocacy Forum happens every year during the summer, suicide awareness has gained more national attention after, on Tuesday, fashion designer Kate Spade killed herself. On Friday, Anthony Bourdain, a renowned chef and author, also died by suicide.

A recent study by the CDC was released this week. It found, on average, suicide rates increased by more than 30 percent since 1999.

In Missouri, the numbers were even more shocking. Suicide rates were 6 percent higher than the national average.

It also found more than half of suicides reported did not have any previously established mental health conditions.

For both Spade and Bourdain, close family and friends individually said their deaths were unexpected.

She said suicide was more stigmatized in the late 1990s to early 2000s, and although progress has been made, she hopes by advocating in D.C., people will seek help before choosing suicide.

"We just need people to know that they're not alone," she said.

Debra Walker, the deputy director of the Missouri Department of Mental Health, hopes that by raising awareness, people will realize suicide is not the only option.

"There are people who have mental illness, people that are in recovery from substance abuse disorders, that are living very full lives," she said.

Pamperl said at the AFSP Advocacy Forum, most lawmakers have their assistants meet with her, but U.S. Rep. Vicky Hartzler, R-Harrisonville, has met with her the past three years.

If you or a loved one are considering suicide, call the National Suicide Prevention Hotline at 1-800-273-TALK (8255) to speak confidentially with a mental health professional, or you can visit the organization's website.