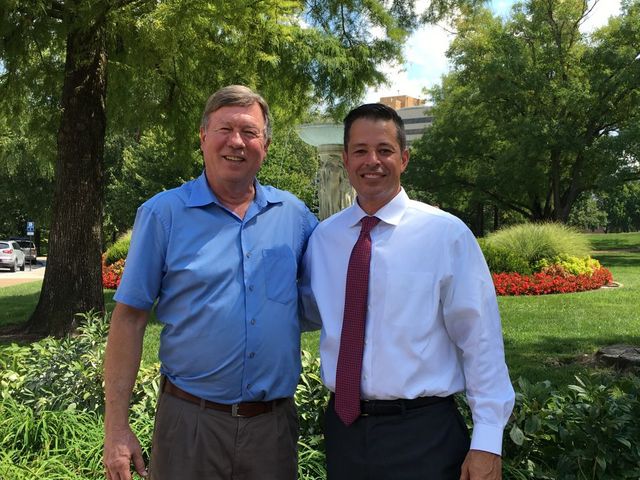 Last Tuesday, the Secretary of State announced Turilli would officially be on the ballot for Missouri Governor.

In regards to running as an independent, Turilli said there’s a challenge in not having the typical support of a party affiliation.

“But that also works in our favor because I’m not tied to those theories or ideologies,” he said.

“The Capitol steps are under construction and we need to reconstruct the politics here in Missouri,” he said. “The office of Governor is an executive seat. It is not a judicial seat and it is not a legislative seat. The office of Governer requires the person in that seat to make decisions affecting millions of Missourians and thousands of state employees.”

Turilli is an executive in his family's business, Meramec Caverns and Caveman Zipline. He has served as a business executive for the last 25 years and has managed a few thousand employees and a few million customers.

“If folks are interested in the economy, I encourage them to vote for the businessman,” Turilli said.

Larry Rice, the director of Missouri Renewable Energy, supports Turilli as the Independent candidate. Rice ran as an Independent for governor in 2000.

Rice decided to join Turilli’s team based on his platform to help homelessness, renewable energy, education and farming.

“As a public servant, I think the best thing I can do is to see that people know they have an alternative out there,” Rice said. “They don’t have to vote for what they consider the lesser of two evils.”

Rice believes having an alternative candidate who is also a man of faith is beneficial to Missourians.

“I think it is the year of the third party, and I think Lester is going to do a good job out there and have an impact as an independent candidate on the ballot,” Rice said.